LONDON/KIYV, Jan 23 (Reuters) – Russia will face severe economic sanctions if it installs a puppet regime in Ukraine, a senior UK minister said on Sunday after Britain accused the Kremlin of seeking to install a pro-Russian leader there.

The Eastern European nation’s financial situation could soon be in dire straits, a top expert has warned The Ukrainian economy is facing a perilous crisis and could be on course to default on its debts, one of Kiev’s top economists has cautioned after alarms were raised over the country’s GDP remaining the lowest in Europe.

Berlin has refused to give arms to the Ukrainians, rubbing salt into the wound by offering to send a field hospital instead.

Russia and China’s plans for a new world order

The western alliance has threatened the Kremlin with “massive” and “unprecedented” sanctions if Russia attacks Ukraine. But, as the Ukraine crisis reaches boiling point, western efforts to isolate and punish Russia are likely to be undermined by the support of China – Russia’s giant neighbour.

Confusion over UK claim that Putin plans coup in Ukraine

Confusion over UK claim that Putin plans coup in Ukraine

The Foreign Office has said that it had exposed evidence of a plot to install a pro-Moscow government in Ukraine, and Boris Johnson promised to “ramp up pressure on Russia”, as his own domestic political troubles deepened. Saturday’s rare reference to intelligence-gathering went into almost no detail about a conspiracy that, if accurate, could mean a serious escalation in the threat to Ukraine.

locals.com has been offline all day, 23/01/22 due to phishing malware on the site!

Nearly All computer viruses and malware, e.g.,Ransome ware is US made, there seems to be the inability by the US military to keep it’s cyber weapons in check, cyber weapons like Ransomware are sold by criminals to other criminals on the dark Web, ironically that to created by America.
This is how your tax dollars are spent my friend..p.s.,No profit in robbing banks, there’s more money in cyber attacks, with barely a chance of getting caught, it’s modern day blackmail, No corporation or municipals don’t want the idea to be out, that they cannot protect themselves from illegal infiltration..

Why is it, Alexander, that you never spoke of the fact that ALL the Ukrainian governments from the Maidan bloody overthrow have been completely puppet regimens of the US? They have dictated their conditions and personnel from beginning to end. So, they have encroached into a Slavic country – as with treacherous Bulgaria – with a violent and brazen coup d’etat. If Russia engineered a reverse of such US/UK criminality in Ukraine, it would be doing the right thing. Russia has plenty of moral reasons to defend the language and rights of all Russians in Ukraine, which are under real… Read more »

Too much bizarre noise around UE… watch out Taiwan!!!

Pundits and soo called military analysts on msm have completely lost their minds, there seems to be a constant stream of rather odd ideas, I just heard that the Russians would bomb their own troops as a way of creating a false flag to provoke an attack on Ukraine, and that is on a respected LBC media outlet in the UK, absolutely Nuts!!.. The Russians are allowed to do what ever they want on their own soil. I will say this, whatever the Russians are doing, it is concentrating minds, I guess they are sick and tired of being surrounded… Read more »

In Britain we have a free newspaper called Metro which just spews nonsense about politics, Celebs etc and prints letters mainly from the Tory perspective. Today I collected my Metro and skimmed through it for two minutes before I saved it for cleaning my shoes on. It looked like they were stirring up the British public for war with Russia. I can tell you now that I don’t want anymore British soldiers arriving home in body bags over another war started on lies. Is the death of many British soldiers on a lie about Iraq WMDs not enough for us?… Read more »

How could granting autonomy for the two East Ukraine republics possibly be expected to work when Ukraine has a history of going back on its word, and refusing to honour its commitments? Shortly prior to the dissolution of the Soviet Union, Crimea was granted the status of Autonomous Republic by the Supreme Soviet of the Ukrainian SSR following a state-sanctioned referendum held in Crimea on January 20, 1991. Crimea voted in favour of autonomy but the Ukrainian parliament abolished the 1992 Crimean Constitution and the office of President of Crimea only a few years later in 1995. September 1990: The… Read more » 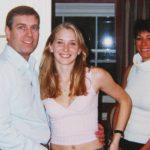