The British government continued its hysterical crackup over Russia when it announced sanctions against Patriarch Kirill, the overseer of the Moscow Patriarchate of the Orthodox Christian Church. As reported by National Catholic Reporter:

LONDON — Britain announced a new round of sanctions June 16 against Russia, targeting the head of the Russian Orthodox Church for his prominent support for the war in Ukraine as well as Russia’s children’s rights commissioner, who Britain said is responsible for the forced transfer and adoption of hundreds of Ukrainian children into Russia.

Truss also targeted children’s rights commissioner Maria Lvova-Belova, who has been accused of enabling the taking of 2,000 vulnerable children from the Luhansk and Donetsk regions in eastern Ukraine and facilitating their forced adoptions in Russia.

Others on the list include four colonels from a brigade known to have killed, raped and tortured civilians in the Ukrainian town of Bucha.**

Truss also said Britain’s government is “taking all steps we can” regarding two British citizens sentenced to death for fighting Russian forces in Ukraine.

[** – the jury is still out on the matter of Bucha – Russia claims the Ukrainians did the atrocities, and Ukraine has the Western press by the short hairs, so the “conventional wisdom” (!) of this, like other Western news sources is invariably “if it is bad, Russia did it!” while supplying no conclusive proof.]

The sanctions are a surprising move for Great Britain, which itself maintains a very vivid separation between Church and state in its own countries. Its government literally is trying to cancel a religious leader for that religious leader having an opinion about the war that does not comply with western social orthodoxy.

That noncompliance with “western social orthodoxy” is actually leading to a greater and greater number of Westerners joining the very non-woke Orthodox Church. Dr Steve Turley describes this below:

This claim is not spurious, at least as far as Russia sees it. Far from the Patriarch being just a “shill for Putin” as the West likes to put it, the Patriarch is trying to state an inconvenient truth – actually several of them, to a crowd gone insane:

That is how this matter is seen by many people in Russia. Right or wrong, it is what it is. I personally agree with it, but I am open to the possibility that it might be wrong. However, for this to be understood as wrong, someone has to show me, and no one has done so yet. That is the tragedy about all this.

No one in Russia that I know wants Ukrainians to die. No one wants Russians to die. This is an awful conflict, and while victory is important, it is not the glorious victory of conquest that Russia seeks.

Rather, it is the victory of being able to be left alone. The Western world already hates Russia. For some people, that is not ever going to change. But Russia is not woke. The reaction is something like “You hate us? Well, that is a pity. We don’t hate you. But we are not going to let you ruin our land, our people, and our culture. You have your own playgrounds for that. Leave us out of it.”

This of course is the controversy that will always rage about this conflict. Britain has chosen to take this rather harsh path, but while surprising to see, it is simply part of the pattern as a whole group of self-satisfied, wealthy, hedonistic nations, are raging against the Rock… and dashing themselves to pieces in so doing.

I can’t speak to the corruption in the Orthodox churches in the former Soviet Union. However, my wife certainly has a bad opinion about greedy priests who “fleece the flock.” She particularly is outraged by the monetary fees charged by the priests for things like house blessings and baptisms. As the parishioners of the OC in the east typically do not tithe (as do Westerners to a certain extent), the clergymen have no income, other than those “donations” they receive for services rendered. As an aside, the OCA in the US where I was chrismated into Orthodoxy did not charge… Read more »

I have seen this very “bureaucratic” style in Russian Churches here and in the US where it seems to cross the line into the sin of “Simony” – trying charge money for the gifts of God. I do not know how any particular priest here thinks about it – my own priest does not want “treby” from my family because we already serve the parish through singing and other activity. But it is easy to sort of create a racket out of doing this practice. It IS a good and polite tradition to give money to the priest who comes… Read more »

He has been targeted because the West is running of people and things to sanction. As for Bucha, it is known by everyone that the Russians had pulled out three days before the alleged massacre. Still there are people buying the narrative. 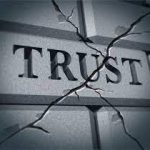 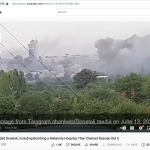