Brian Stelter is a piece of work; he may not be as dumb as Don Lemon or as deranged as Rachel Maddow, but he is a well-paid apparatchik. On October 17, he shared a personal story with his viewers. An obsessive Trump fan had found out where he lived and had subjected him to a campaign of harassment. He didn’t name the individual concerned, but he is identified officially as Robert Lemke from California. Stelter wasn’t the only journalist Lemke targeted, although he has pleaded guilty to a single charge and will be sentenced on December 14.

While this sort of behaviour should be condemned unequivocally, Stelter is afflicted with a curious myopia when it comes from the far left rather than from any shade of right. He is also a notorious liar. Here is one example from 2018, not of him lying but of him openly facilitating lies. It says a lot for the American media that today a supposedly Russian propaganda network is far more reliable than CNN. And who could forget this “roasting” of Stelter by members of the public phoning in to a TV programme – from just before the four minute mark?

Note though what he says about the guy who plied him with threats. Stelter’s father died young in 2001. He sent me a photograph of my Dad’s grave said Stelter. “How did he find it? I have no idea.”

He went to FindAGrave dot com, dummy! The very same photo appears there. Aren’t journalists supposed to know how to do at least basic research?

Like so many others of his kind, Stelter pushed the Trump-Russia collusion garbage incessantly; now he is warning that Trump has inspired people like Robert Lemke to believe a baseless “conspiracy theory” that the last election was stolen. The reality is that as far as the election was stolen, the Democrats and their fellow travellers have now admitted everything bar the fixing of the voting machines and other ballot anomalies. Whether or not Stelter realises it, he is complicit in the largest political conspiracy of all time. Something he probably doesn’t realise is that should he ever step out of line, he will suffer the fate of all journalists who rock the boat. Last year, 42 were murdered worldwide, and hundreds are still in prison. 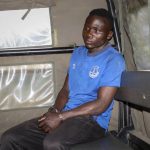