On October 13, The Independent published an article called The ‘stepchild of lynching’: How the death penalty targets Black people…

As will be evident from the title, this is yet another attack on capital punishment in the United States by claiming it is administered unfairly, to wit: “Black people are vastly over-represented on death row. The US Black population is about 13 per cent in America, according to census data, while death row’s Black population was almost triple that, as of this spring.”

And? This has been called statistical racism, and lay at the heart of the Baldus study, a 1987 attack on capital punishment in America. Although these arguments have been refuted time and time again, their proponents never tire of parroting the lie.

Two years ago, two Baptists called for the abolition of what they termed state-sanctioned lynching, citing in particular the case of Rodney Reed who is widely and erroneously believed to be innocent. Reed was back in the news this month; yet another spurious evidentiary hearing should be concluded by November, and hopefully he will be executed soon after that. Reed raped and murdered Stacey Stites at Bastrop, Texas in 1996 and was sentenced to death in 1998. He isn’t simply a murderer but a serial rapist of the worst kind.

Before discussing lynching, let us dispense with this disparity nonsense. First, the death penalty is in a sense arbitrary because not all American states use it, and most of those that do, do so sparingly. For example, capital punishment was abolished by Wisconsin in 1853 following the gruesome public execution of a man who had murdered his wife three years earlier.

Only one person has been executed in Montana this Millennium; a white man named David Dawson died by lethal injection in 2006 for a triple murder committed in 1986.

Missouri has the death penalty, but one person who deserved it though didn’t get it was the black serial killer Terry Blair. Blair preyed on underclass black women; the friends and relatives of his victims were unhappy that he received six life sentences in lieu of being strapped to a gurney. In fact, most blacks are in favour of capital punishment, like most working class whites.

Now what was the original claim?

No, they are not! In any case, this is the wrong metric. The correct one is how many people are executed in the United States? Last year a mere seventeen were, all of them men.

Does anyone see a pattern here? It isn’t as though no women are ever convicted of murder; why this “sexist” bias?

Regarding lynching, this is mob justice, it was also frontier justice. The United States was a very different place in the Nineteenth Century from what it is today. It is easy for people sitting in their centrally heated or air-conditioned living rooms to condemn the summary justice meted out to men – almost always men – accused of murder or some lesser but heinous crime, although contrary to the propaganda we are fed today, lynching was rarely if ever a purely racial affair.

The largest mass lynching in American history was not of blacks but of Italians, at New Orleans in 1891. This outrage has inspired at least two murder ballads. And not all those lynched were undeserving. In 1903, Joseph Craddock was lynched by a mob of whites and blacks; he had murdered three men, all of them black.

And lynching continues to this day in both Africa and India. A teenager was lynched in Delhi three years ago on suspicion of mere theft. In some African countries, the lynching of thieves isn’t uncommon, but one people who most certainly deserved it was lynched this month. Masten Milimo Wanjala (pictured) was only twenty years old, but the self-styled vampire is believed to have committed as many as ten child murders in the past five years. He was awaiting trial for two murders when somehow he escaped. Before he could be recaptured, he was recognised by some villagers and beaten to death. No one should lose any sleep over the fatal lynching of a monster like that. 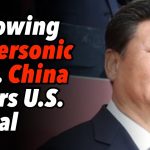 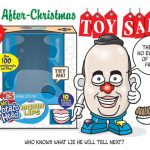