Barr to resign or is this more NYT fake news

Attorney General William Barr is considering resigning before President Trump’s first term of office expires on January 20, according to a report by the New York Times published Sunday evening. Barr, who had previously served as attorney general in the George H. W. Bush administration from 1991-1993, was appointed by Trump in November 2019 to…

Misdirection all over the place, and you guys were tracking it all like a dog watching a Milkbone. Kraken…Rolleyes.
The REAL money shots. Act 77 date change Sunday, AZ Monday, and 1 minute to midnight, the night before safe harbour…TEXAS!!!! BOOM!

Hey oldandjaded, I’ve been wondering where you’ve been lately as I wanted to ask you again as a Canadian if this guy is the real deal or not?:

Sorry, I don’t check in here much anymore, for me, the Duran has largely squandered any credibility since the election, and lately I find they are consistently well behind other sources in reporting IMPORTANT developments, while headlining, for lack of a better description, dumb-ass crap. Tucker ABSOLUTELY NAILED it on the Sidney Powell story, and I had already seen the same thing myself, I am just not interested in the infantile soap-opera crap. On Jason Kenney, well first off, I am in BC, so this is sort of like asking someone in Texas what he thinks of the Governer of… Read more »

One other thing about Kenney and Alberta, Alberta is the Canadian “oil patch”, so its not too surprising he finds the “great reset” troubling, it directly affects his only meaningful provincial revenue source. His position on this is self serving and has nothing to do with any innate moral repugnance for globalist totalitarian principles, and is not shared by the Canadian Conservative party members outside Alberta.

Jeanine Pirro is an embarassment to the legal profession. She is nothting but a socially promoted bimbo. You embarrass yourself presenting her as anything but an example of a corrupt fool. 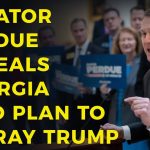 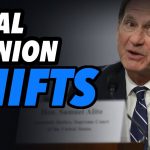