Ayanna Pressley may not be the loudest member of the so-called Squad, but the angriest bald black woman on the planet is even more deranged than Alexandria Ocasio-Cortez, and without the charisma. In this short clip she explains how abortion bans are the child of patriarchy and white supremacy. Somewhat surprisingly she alludes to the woman who introduced her correctly, almost, as “Madam Chairwoman” instead of “Chairperson”. The correct address is Madam Chairman, but nothing else she says is correct.

According to Pressley, “we”, meaning American women, are under an unprecedented wave of coordinated attacks. If Donald Trump had said this at any time during his Presidency, the claim would have been hard to dispute, but the so-called progressive wing of the Democratic Party is now in firm control and is leading the country to ruin, so what is she talking about? Ah, abortion rights, not the rights of the unborn child. You see, it’s all in the semantics.

More than 690,000 Americans have died due to the “global pandemic” she says. As opposed to the local one, perhaps? According to a far more reliable source, there were 345,323 American deaths from covid last year, but many of these if not most of them were co-morbidities. Life expectancy in the USA this year is 79.11; five years ago it was 78.6 – these are the figures for both sexes. Aborted babies do not count towards life expectancy. Pressley continues: this assault, for want of a better word, disproportionately affects the most vulnerable – you know what is coming next “black and brown communities”, but wait, there is more “our lowest income sisters, our queer, trans, and non-binary siblings”, etc.

She doesn’t say how many “queer” women need abortions, nor trans “women”, and what exactly does non-binary mean?

The bans are rooted in patriarchy and white supremacy, like the anti-abortion movement itself. Patriarchy but not “the patriarchy” was a necessary historical development. If you don’t understand why, this article will explain. In short, when the world was a far more dangerous place than it is today, societies developed practices and customs to protect their most precious assets – fertile women and the young. As for white supremacy, the usual propaganda of the so-called anti-racist movement is that abortion and birth control were part of a white supremacist plot to reduce or eradicate “black and brown people”. There was even something called the King Alfred Plan, a conspiracy “theory” rooted in honest fiction that credited AIDS as a creation of the American Government, its aim being to wipe out its black population by the year 2000, something that has been called a new blood libel.

Since the development of the pill in the 1960s and the morning after pill around the turn of the Millennium, there has been no need for the vast majority of American women to suffer unwanted pregnancies. By supporting abortion, Pressley is inadvertently siding with the white supremacists of old – real or imagined – whom she condemns both so vociferously and so often.

When a country has people of this quality of character, intelligence, and ethical foundation actually serving in positions of political representation and power, that country is in serious trouble. She is a symptom of deep cultural rot come to infect the larger community. This is a epic example of what bad, bald, black, bigoted and nasty looks and sounds like. This is US/us. Karma’s a bitch. Payback time…the credit card is due. It appears that these next few years of history unfolding will be unprecedented in severity worldwide. In order to bring in the new world order, the defeat of… Read more » 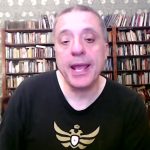