The Trump Administration’s selection of first Brett Kavanaugh and now Amy Coney Barrett for the Supreme Court of the United States has led to panic, desperation, and dirty tricks of the most abominable sort by the opposition – senior Democrats and countless odious people, most of them women, outside the Democratic Party.

The main reason for this is the belief by these people that a court of judges who follow the Constitution will lead eventually to the overturning of the 1973 decision in Roe v Wade. This is the right of an American woman to procure an abortion. One would have imagined feminists would be against abortion, but it has always been the case that the vast majority of women styling themselves so have always been in favour of abortion on demand.

When he was President, Bill Clinton said abortion should be legal, safe and rare. Few reasonable people would take issue with that claim; there are times when an abortion is necessary to save the life of the mother. Abortion on demand is a different matter though, and it was one that was in effect legalised by the 7-2 decision in Roe v Wade. As with most superior court decisions, this was a very lengthy judgment, but regardless of its merits as delivered, the case of Jane Roe was based on gratuitous lies.

It began when the two feminist attorneys Sarah Weddington and Linda Coffee found a woman to shill for a class action against the existing abortion law. That woman was Norma McCorvey, who in her own words was the kind of girl mothers warned their daughters about. She was born in Louisiana but moved to Texas as a child, becoming a juvenile delinquent in the process. Aged only 16, she married the somewhat older Woody McCorvey, but the marriage didn’t last. She gave birth to McCorvey’s child, who was adopted by her own mother, allegedly by artifice.

Pregnant for the third time at just 21, she sought an abortion, and found her way to Weddington and Coffee. As things turned out, she never had the abortion. Her initial plan was to claim she was a victim of rape, a common ploy to this day for women of a certain type. Norma McCorvey didn’t retain her anonymity for long. That’s her above pictured with a young Gloria Allred, a woman who knows a thing or two about false allegations of rape.

Norma didn’t simply shill for the abortion lobby, she actually went to work in an abortion clinic, but after meeting a charismatic preacher named Flip Benham, she did an about-face and spent the rest of her life campaigning against abortion. She is said to have made a deathbed confession to the effect that this conversion was insincere; the reader is invited to judge for himself on the basis of her later work including her poem Empty Playgrounds.

Although there were other parties in the Roe v Wade lawsuit, and although rape was not mentioned specifically therein, the case could be relitigated on those grounds alone, but there is another reason this decision should be overturned and abortion severely restricted if not outlawed altogether. Oral birth control, ie “the pill”, was introduced in 1960. Before that, birth control was a very hit and miss affair. By the time Norma McCorvey first became pregnant, it was fairly well established, but three decades and more on, it is more or less universal. There is now also the morning after pill. This has been available since around the turn of the Millennium, so really there is no excuse for a reasonably intelligent, educated woman to seek an abortion purely as a matter of convenience.  The issue of “live abortion” discussed in a previous article is in no way relevant to this debate.

This author – as with all anti-abortionists – thinks life works perfect everywhere and the right pills are always available in time. But that is not how reality works. Which is precisely why abortion should be safe and legal. It will get increasingly rare as the morning after pill and the three week abortion pills become more widely available in rural areas. No woman should be pushed into motherhood against her desire to have a baby. The author also ignores all the males who cheat women into having unprotected sex and getting pregnant against their will. And he appears to… Read more »

The morning after pill produces an abortion. 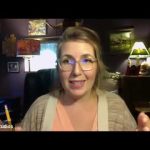 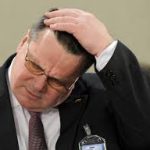