The parliamentary election in Lithuania held on October 11 showed the citizens’ attitude towards politicians. The election’s results is to some extent  an evaluation of current political course and the state’s development directions.

Ingrida Šimonytė, the lead candidate of the conservative Homeland Union-Lithuanian Christian Democrats (TS-LKD), was the only party leader to secure an outright victory in her single-member constituency after Sunday’s first round of voting.

Other leaders, including Prime Minister Saulius Skvernelis, the lead candidate of the Farmers and Greens Union (LVŽS), are either facing a runoff on October 25 or were defeated in the first round.

Thus, Lithuanian FM fails to secure seat in parliamentary elections. Because the LSDP has failed to get into the parliament, and Linkevičius has dropped out in the single-member constituency race, his future options remain uncertain. Linkevičius is currently serving his second term as Lithuania’s foreign minister.

It is well known that as a foreign minister Linkevičius has taken an implacable stance towards Lithuania’s neighbours: Russia and Belarus. Such position did not bring him popularity among the population and has led to a significant cooling of mutual relations. As a result, Lithuania’s economic ties with these countries are weakening, though they are important trading partners of Lithuania.

The more so, he organized a political campaign against the nuclear power plant under construction in Belarus despite the evident economic feasibility. He declared that Lithuania will not buy electricity in Belarus. Striving for energy “independence”, he even announced the the planned disconnection of the Baltic power network from Russia’s joined energy network in 2025.

This step will lead to the deficit of power supply and balancing, as detailed in the annual report from Latvia’s energy transmission system operator Augstsprieguma tīkls. The general tendency with Baltic States’ electricity system is the gradual replacement of large, centralized and easily-controlled thermal power plants with fluctuating and largely uncontrollable generation of energy. It is expected for there to be a risk of balancing output if no investments are made to enhance reserve capacity. Now the available base power plant output for coverage and balancing of the demand for electricity in Baltic States is starting to decline rapidly. In the past several years, there has been a decrease of production output of conventional thermal power plants in Baltic States.

That is why the attitude of ordinary people in Lithuania who do not want to pay more or wait for cheaper electricity towards boycott of Belarus is quite negative. The result was not long in coming. Today Linkevičius has been overboard. Trying to show Lithuania’s loyalty to the EU and the US and to gain the role of main democracy in the region Linkevičius has lost trust of Lithuanian people. 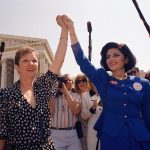 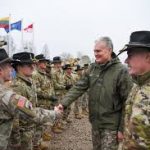