The recent executive order signed by Donald Trump to protect premature babies and babies born after “botched abortions” was the result of heated debate over the provision of medical services for especially the latter. A bill to make them compulsory was defeated earlier this year. Some of the rhetoric surrounding this controversy makes the very suggestion of allowing babies to die sound inhuman, as did Alberto Giubilini and Francesca Minerva who opined in 2011 that:

“Abortion is largely accepted even for reasons that do not have anything to do with the fetus’ health. By showing that both fetuses and newborns do not have the same moral status as actual persons, the fact that both are potential persons is morally irrelevant and adoption is not always in the best interest of actual people, the authors argue that what we call ‘after-birth abortion’ (killing a newborn) should be permissible in all the cases where abortion is, including cases where the newborn is not disabled.”

Those words were published in the Journal Of Medical Ethics. One might ask what is ethical about killing a newborn baby; since when was a newborn baby not an actual person? Leaving that aside, there is a lot more to this apparent call for wanton infanticide than may at first appear. In this connection, let us look first at a controversial case from the early 1980s in which a doctor was charged with murder.

Leonard Arthur was a senior consultant paediatrician at Derby City Hospital, England. On June 28, 1980, Mrs Molly Pearson gave birth to a Down’s Syndrome baby; it was said to have been rejected by both parents. Leaving that genetic condition aside, the baby wasn’t healthy, and Dr Arthur prescribed the morphine-type drug DF 118, appending a note to the child’s case notes: “Parents do not wish it to survive. Nursing care only”.

John Pearson survived for only three days, which would have been tragic enough, but a member of the anti-abortion charity LIFE referred the case to the authorities. This resulted in Dr Arthur being charged with murder. Unusually for a murder suspect, he was granted bail, and stood trial in October 1981, at which time a far more nuanced picture was painted.

The baby had been born with brain damage and lung damage. Dr Arthur was acquitted after a short jury deliberation. Before we go any further, we need to look at how medicine has developed over the past couple of hundred years. The first successful appendectomy was performed in 1735. Before that, if you contracted appendicitis, you were dead. End of. Christiaan Barnard carried out the first successful heart transplant in December 1967. Today, there are people walking around without hearts, incredible but true.

In 2017, a baby girl was born with her heart outside her body. Her parents were told she had only a ten percent chance of surviving. The point is that today, babies born extremely prematurely and/or with severe, multiple defects can be kept alive where only a couple of decades ago they would have had no chance at all of surviving.

Perhaps the most problematic case ever happened in August 2000 when Siamese twins were born in a Manchester hospital to a woman from Malta. The girls could not both survive with one heart and one pair of lungs, so their parents and doctors were left with an inhuman decision to make – kill one to save the other. The parents were opposed to their separation, the doctors thought otherwise, and delegated the decision to the High Court. As can be seen from this article the judges made the right decision.

In 2004, Charlotte Wyatt was born prematurely, at 26 weeks weighing less than a pound, and with serious heart and lung problems. Profoundly brain damaged, the “best” prognosis was that she would live for a year.  Amazingly, she survived, but leaving aside her quality of life, few extremely premature babies do.

In 1995, 4004 babies were born in Britain between 20 and 25 weeks as opposed to the regular nine months. Only 1200 of these were born alive, and 811 needed intensive care. The Dutch Paediatric Association had a policy of not treating babies born at or before 23-4 weeks “since the chances of survival are so small”.

These are not easy questions to decide, should an extremely premature baby be kept alive at all costs, causing it intense distress and suffering for a few weeks or a few months until its heart gives out, or should it be allowed to die swiftly and relatively painlessly?

At the end of the day, this most tragic of medical decisions has nothing at all to do with abortion or women’s so-called rights. 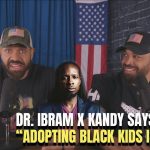 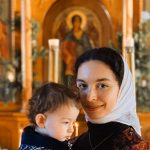