A dear friend of mine shared her perspectives on the matter of abortion, that unholy sacrament of feminist liberal elite in America. This comes as we are getting ready to hear the shrill screams of the damned – er, that is, Democrats – as they challenge the nomination of DC Circuit Judge Amy Coney Barrett to the Supreme Court of the United States.

The principal fear of the Left in America is that abortion will be taken away. For several decades, American women and a whole lot of men have been deceived by the cunning argument that a woman ought to be free to do as she wishes, and therefore that freedom extends to her right to murder her unborn children.

Of course, liberals usually never put it this way. They use sophistry to try to prove that somehow a baby is not a baby until it is actually born, or until some certain arbitrarily defined time in utero. They recently tried a new tack: a baby is a human being when its mother decides it is. Therefore, a baby who is born can now also be “aborted” while it lays in its incubator after being born.

This is the preposterous standard set forth by Virginia Governor Ralph Shearer Northam, a man who worked as a pediatric neurologist. While he maintains that his statement was taken out of context, the fact remains that he is a supporter of abortion rights even into the third trimester of pregnancy up to viable birth. His words… maybe they need to be continually taken “out of context” because to even speak this way belies the horrific stance the man actually has taken about this issue of life:

For third-trimester abortions, Northam supports Virginia’s current law requiring certification by multiple physicians.[149][150][b] During a January 2019 radio interview, Northam said that third-trimester abortions may be done in cases of a non-viable fetus or severe deformity. If a delivery occurred in such cases, Northam further stated that, “The infant would be resuscitated if that’s what the mother and the family desired, and then a discussion would ensue between the physicians and the mother.”[149][152][153] This statement drew intense criticism from Republican politicians nationwide, many of whom accused Northam of supporting infanticide. – (From Wikipedia)

Now my friend, Bronwyn E. DeGraff, speaks. She is a single mom, a fantastic person who has met life the hard way at times, and by choice at times. Nevertheless, like many Christians do and like all Christian believers ought do, even in the middle of doing something wrong, she still knows and acknowledges what is right, because that is the truth. Her writing is powerful so we will go right to it.

“The first step in every hierarchy is patriarchy in order to control reproduction.” – Gloria Steinem.

I have long avoided having this conversation publicly and even though many have said it, it is my turn to point some things out.

I am sick of this argument, I am sick of hearing this false narrative that women are enslaved by the womb, etc. No. You want to know how much choice and freedom women in the West have in society today?
Let’s examine this question.
Women have all the choice they could want! You can sleep with whoever you want, however many you want, you are able to be completely sexually free and no one can stitch a scarlet letter on you; you won’t be denied a job, most men will still date or marry you even if you have been ‘all over town.’

Women can become CEOs of businesses; we can join the military; we can be lawyers, doctors, etc. Any one of us could even become president. Women in the West, and specifically in the US, are quite free to do whatever they please.

No one, and I mean no one is forcing you to sleep with ANYONE! You are also not forced to marry ANYONE. No one can force you legally, or in a socially acceptable way, to conceive a child.

Ironically, feminism tells woman that empowerment means not letting a man rule over you or to have free reign over your body. This empowerment also means expressing your sexuality yet so many feminists seem to let men rule over their bodies and exploit them sexually. Remember, we do not live in the ‘Handmaids Tale,’ no one held you down and forced you to have sex with anyone.

Since one can chose to have sex, to be sexually active, and take the multiple risks that come with sexual activity, one of those being conceiving a child, a child whose life matters and who has just as many rights as you, how can one say that he or she has the right to end a child’s life merely because of choice?

Victims of rape, incest, trafficking, and sometimes prostitution had no choice in conceiving. It wasn’t their choice. Still, even then, I do not believe in the right of abortion for them either. For thousands of years woman have been through unspeakable traumas and have bore the children of those traumas and either have had to hand them away to someone who could love them or they raised them into good people. They raised them to be better than the men that hurt them.

Furthermore, I have heard the argument against this also being that childbirth can be a traumatic and life-threatening experience for a woman and that she shouldn’t have to take that on as a victim of rape or incest. Her pregnancy would be shrouded in trauma, pain, and if it’s a violent conception it’s absolutely inhumane to force someone to give birth under those circumstances. Yet, we almost NEVER hear about how traumatic and damaging abortions can be for women. About the women who are on suicide watch after abortion, about the women who can’t recover mentally, and who have post abortion depression and regret. Instead we are given the line that women in these situations are grateful for their abortions; that this was the best decision they could have possibly made in light such trauma.
Of course, this is propaganda, written by either extremely radicalized feminists or sympathizer who have neither personal experience nor medical and/or psychological training.
Therefore, we do not hear about the women who were physically damaged during an abortion. Women who thought, “Well, I am not ready now so I will have a child later” and then their abortion leaves them completely sterile, leaves them damaged or with lasting physical pain! Nor do we hear about the awful shame, guilt and despair over the lasting knowledge that they ended a life; a life that was known to them, by them in a way only a mother can comprehend. Indeed, there are times where abortions have caused the death of the mother from her own suicide, taken out of despair for her misguided act when she was deceived by the abortionists. 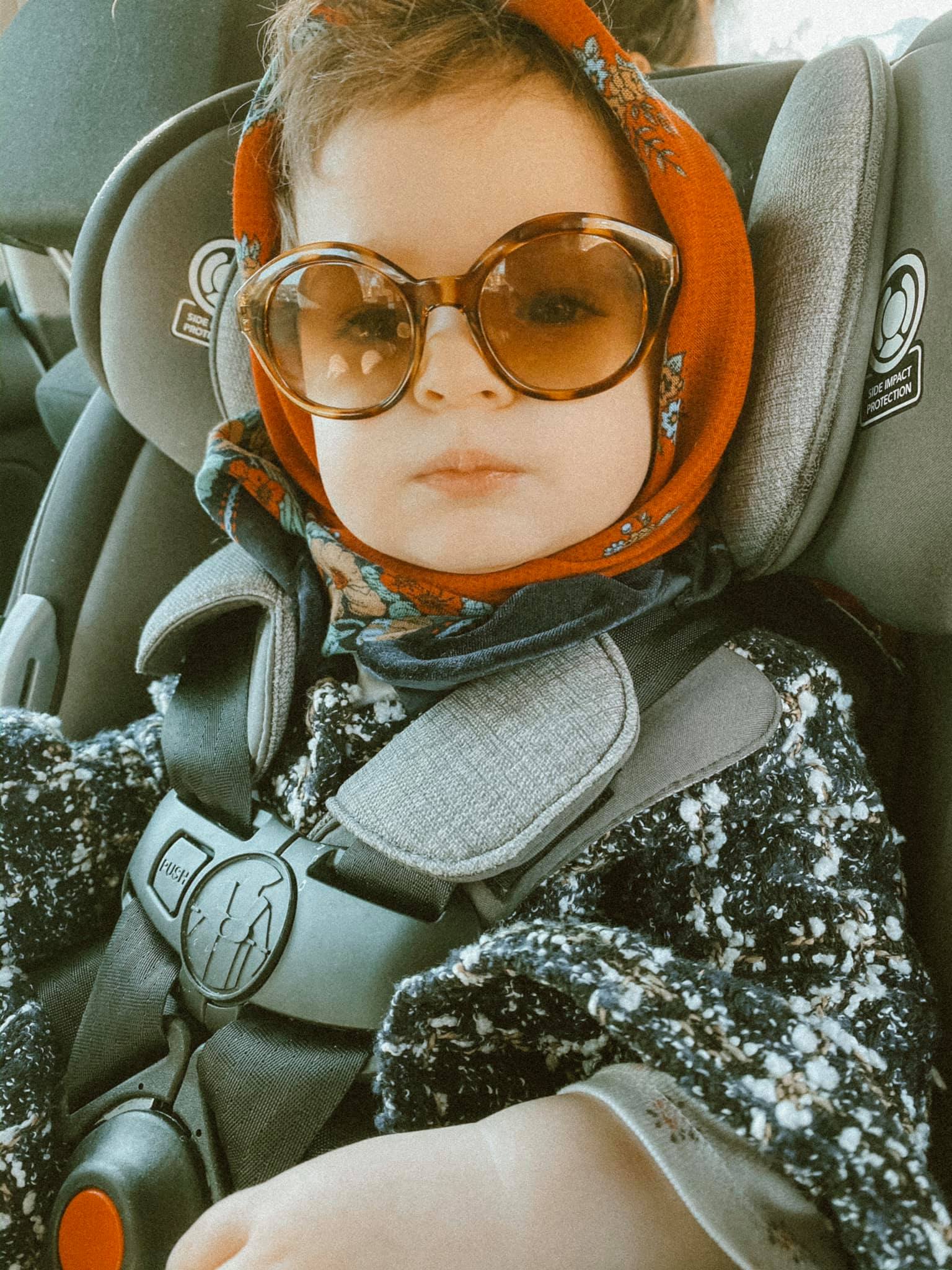 I know this hard for some to accept. These situations above are so awful, however, nothing negates a child’s right to life. You cannot right a wrong with another wrong.

I am sorry if this post wasn’t graceful enough but there is no other way for our society today. If you don’t want a child or can’t take care of one and need to focus on your future, then use birth control or don’t spread your legs.
Abortion is not your right as a woman. It is not a human right.

A huge “thank you!” to Bronwyn, who allowed us to reprint this.

The father of the child has the right to stop the abortion.

In a democracy, and we are fed daily on that diet, freedom of speech or action is a cornerstone of that philosophy. Now if a woman becomes pregnant it is her choice what she wants to do regardless of my religious beliefs or desires. You cant force someone to have a child when they are not prepared for parent hood or just cant look after it under the pretext “the Lord said this, that or the other”. The Lord said nothing at all. No part of any holy book was written by the Lord but by human beings pretending they… Read more »

Spare me. I am happy you have the opinion you do and choose not to terminate a pregnancy. You do not speak for me. IMO, the rights of women walking around on the earth come first. We who are alive have the right not to have a child we cannot care for. I would never advocate that you should or should not have a child. To me, this is an individual choice. I think you are stepping over the line to lecture women about what they should or should not do if they become pregnant. Give it up.

I really enjoyed this article. It really ties in with what I’ve been feeling lately. As I am finding myself more geared toward traditionalism. Thank you, and I look forward to more like this! 🙏🏼🙌🏼 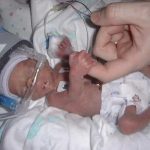 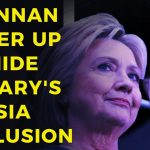