Deadlock in Zurich: Yang and Sullivan Disagree on All Issues
News Topic 305

President Biden and Chinese President Xi Jinping have reached an agreement “in principle” to hold a virtual meeting before the end of the year, according to a senior administration official. Driving the news: The White House announcement followed a six-hour meeting today in Zurich between White House national security adviser Jake Sullivan and his Chinese counterpart Yang Jiechi.

Positive signals for improving deteriorating China-US ties and a major divergence on expectations of bilateral ties were on display at the same time during the meeting between Yang Jiechi, China’s top diplomat, and US National Security Advisor Jake Sullivan.

Taiwan has learned to live differently than the PRC. Don’t throw them under the bus. “Act local think global”. Not “thinnk as the center tells you”. Thank you Neville Mercouris! Taiwan independance delegitimizes China’s hold on Tibet and Xinjang Uigurs and Cantonese. US an advocate of One China Policy? What a recommendation Neville. 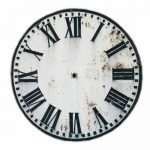 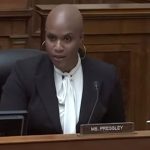