Twitter appears to be steering clear of the serious accusations leveled by Rep. Alexandria Ocasio-Cortez, D-N.Y. against Sen. Ted Cruz, R-Texas, on its platform Thursday.

We know we should never expect consistency from these demagogues. They have no internal moral compass! Everything they consider and express is done from a utilitarian viewpoint; what will elevate their position and increase their power. Mao changed his mind frequently, singing the praises of certain party individuals one moment then denouncing them the next. And the party rank and file changed their allegiances accordingly. As H. L Mencken said .. “The urge to save humanity is almost always a false face for the urge to rule it.”

RE: As H. L Mencken said .. “The urge to save humanity is almost always a false face for the urge to rule it.”

Did he sum it up precisely or what? Now he was a real journalist, not a puppethead who could be used by Jeff Dunham on his tours.

Still need someone to explain to me how this total imbecible is listened to? Oh yeah…. identity politics idiots. They will get a terrible shock when it turns out she is descended from white european stock… 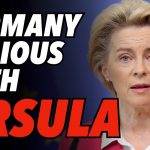 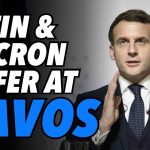