The recent horrific mass murder in Buffalo saw the braindeads whining about white supremacy; the latest, a school shooting in Texas, was carried out by a non-white shooter, so of course now the same braindeads are blaming guns.

The former prompted AK Nation to point out that whoever is responsible, something is wrong with America, although he didn’t use precisely those words. What he did say was that Baltimore has a higher murder rate than Japan. Can this be true? Let’s look at the statistics.

Let’s be charitable to Baltimore and use the 2.8 million figure; furthermore, let’s say the number of homicides are about equal, so that leaves 126.8/2.8 or 48.769, in other words the murder rate in Baltimore is nearly fifty time higher than in Japan, an absolutely staggering figure. Similar figures can be produced for other major American cities, for example, Detroit and St. Louis both have appallingly high murder rates.

This website reveals that the United States has the fourth highest murder rate in the world while Japan, Singapore, Indonesia and Switzerland have among the lowest. These countries have one thing in common – they are not the United States.

What is the major factor in US homicides? Everybody knows, it is the country’s insane gun culture, but, and it is a big but, what would happen if Americans lost their guns? America is almost a police state at present, indeed it is a police state for some. After the Democrats stole the election they used the pretext of the so-called capital insurrection to lock up hundreds of people without due process, people who had committed at worse, trivial offences, mostly trespassing. They are now conspiring to keep Republicans off the ballot en masse.

Part of the election steal involved the collusion of Big Tech with the Deep State to suppress the truth about Joe Biden and to push lies about Donald Trump. One of Hillary Clinton’s major co-conspirators has now admitted in open court that it was her idea to push the bogus Trump-Russian collusion narrative and the fake Steele dossier.

The Democrats have opened the southern border and are allowing not only countless bogus asylum seekers to flood into the country but drugs and even people on the terrorist watch list, while at the same time they are fighting a proxy war against Russia. And anyone who opposes these insane policies is branded either a white supremacist or a Putin puppet. The latest revelation of their insane rule is their intention to set the national guard on parents angry about the indoctrination of their young ones with critical race  theory and even worse, sexual grooming.

If America isn’t quite lost yet, it soon will be, but as long as its citizens can still legally own guns, the socialist dictatorship cannot be totally imposed. And if that means it will continue to have the fourth highest homicide rate in the world, that is a price many Americans from all backgrounds appear to be prepared to pay.

While many American Cities have high homicide rates (even where guns are not allowed) and many convicted felons (the US has a higher incarceration rate than any country!) illegally have guns, the US’s (overall, not just unpoliced cities) homicide rate is among the lowest in the Western hemisphere: https://en.wikipedia.org/wiki/List_of_countries_by_intentional_homicide_rate https://www.indexmundi.com/facts/indicators/VC.IHR.PSRC.P5/rankings https://worldpopulationreview.com/country-rankings/murder-rate-by-country School shootings grab more headlines than those killed on any weekend in Chicago, and the shooters involved should be better IDed (and helped) before they act (in many cases the FBI lets shootings happen for better future funding). The US glorifies violence (media and games), and every 18 year… Read more »

I would make quite sure that this isn’t a false flag as most of these ‘shootings’ are. For example, one of the ‘dead’ children at Sandy Hook showed up a few months later as a victim in an English school shooting in Pakistan.

More evidence that the usual suspects are using useful idiots to push a narrative is seen here:

It’s only the dem controlled cities that have high murder rates. Outside of those cities we are one of the safest countries. 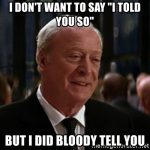 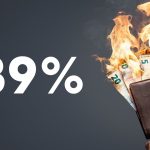