The very public death of George Floyd and the outrageous riots, looting and murder that followed brought about a number of legal changes in the United States, especially policing. Now, two years and more later, the results of these changes are showing up in the crime statistics.

Anyone who has been following the relevant news on especially YouTube will already have seen these at times horrific results: people thrown on the subway tracks in New York; carjackings in Chicago; strangers attacking men, women, even children just because…And mass shootings. The overwhelming majority of these shooters are black as are the victims, as can be seen from the American Gun Memorial. The mainstream media ignores this and when it doesn’t, explains it away.

There are several YouTube channels that track specifically black crime including shootings and mass shootings. AK Nation has a news channel, and a live channel that features lively discussions including with “glacier gliders”. He can also be found on Rumble.

Black Gen Z Mindset has two much smaller YouTube channels and recently received two strikes in one day – unpopular truths tend to have that effect.

Rising Crime News is a much more recent channel. It opened January 6 this year. The woman who runs it has uploaded numerous videos but has so far picked up only a little over a thousand subscribers and less than 200,000 views.

On November 27 she published an analysis of mass shootings this year, and murders. Grand Rapids, Michigan had seen 34 murders up until then; the previous high was 33 in 1993.  Grand Rapids has a population of less than 200,000.  By contrast, in the year ending March 2021, there were 594 homicides in England and Wales which had a combined population of over 53 million. This means if the “homicide” rate in England and Wales was the same as the “murder” rate in Grand Rapids, there would have been over EIGHT THOUSAND SEVEN HUNDRED deaths.

Most significant though is Minneapolis, where George Floyd died. (If you believe George Floyd was murdered, check this out then think again). Its crime rate has sky rocketed, as have mass shootings.

The root cause of this massive crime problem is twofold – first, the police haven’t been allowed to do their job or have been too frightened to do it. Second, the insane policies of so-called progressive district attorneys coupled with ludicrous bail laws are allowing dangerous predators to continue preying on the public.

To take just one example of the latter, Waukesha Massacre killer Darrell Brooks should have been behind bars for running down Erika Patterson in his car but was allowed to bond out. The rest is history. Police officers are also increasingly reluctant to engage with black suspects, even black police officers.

As pointed out here recently, defunding the police, or rather defunding specific actions of the police, isn’t always a bad idea. Nor is holding them to account when they transgress, but at the end of the day, if they are not allowed to do their jobs, the loser is the American public. And if you have any doubt about who the public means in this case, take another look at the Gun Memorial.

The Fourth Estate has been indoctrinating gullible people into believing that Race is only skin deep for generations now. Kanye West (who is about as sharp as a marble), knows exactly who owns the Fourth Estate. If the average person had such an epiphany, they usually use Doublethink to prevent committing a Thoughtcrime.  Thankfully the Surgeons that carry out organ transplant operations, know that Critical race theory is just ridiculous speech, that is only effective on the minds of dimwits. if Surgeons actually believed the Race is only skin deep hoax, they would have a lot of dead Patients. Unfortunately, most… Read more »

But collapse is the aim

St. Floyd of Fentanyl, the human wrecking ball, caused damage both in life and death. 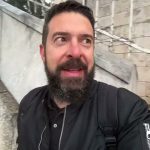