The very public death of George Floyd in Minneapolis two and a half years ago led not only to mass rioting, looting and violence, including murder, but to the conviction of Derek Chauvin for Floyd’s murder. But was this conviction justified?

In view of the footage we have all seen, that question sounds ridiculous, but is it? While the lunatics currently in control of the United States have been telling us not to believe our senses about inflation, crime, the southern border and the carnage in Ukraine, sometimes our eyes do indeed deceive us.

That now infamous incident on the southern border really did look like those agents were whipping the Haitians, but not to people who know about horses. Yet long after the truth was known, the people at the very top of the US Government went along with the initial, mistaken impression, thus misinformation became disinformation and an honest error became a blatant lie. Could this be the situation with George Floyd? Yes and no.

According to Chauvin’s supporters, including his legal team, Floyd wasn’t asphyxiated, nor was his neck crushed, rather he died as a result of fentanyl and other drugs he had ingested. The medical examiner found no bruising of Floyd’s neck. The only problem with this claim is that police worldwide have an unparalleled track record of lying to protect their own. Although the situations were dissimilar, it is worth drawing a comparison with the death of Ian Tomlinson in 2009.

Tomlinson was about the same age as George Floyd but was in very poor health. He was also down on his luck due to his abuse of alcohol. A protest was being held in the City of London, one in which he took no part; he was trying to get back to his hostel. Then, a thug in uniform attacked him from behind for no good reason. Tomlinson fell to the ground and was helped up then walked away. Shortly, he fell down again, and this time he didn’t get up. The entire incident was caught on camera.

So what happened next? The police told a pack of lies about the incident going so far as to bring in a tame pathologist to give them the autopsy result they wanted. The officer concerned would eventually stand trial for manslaughter, and although he was cleared, he was sacked.

Did the police in Minnesota use the same shabby tactics? Whether or not they did, there is good reason to believe that at the very least Derek Chauvin wasn’t entirely to blame for Floyd’s death.

Someone else who believes Chauvin to be blameless is AK Nation. Last month he discussed the toxicology report on George Floyd and related matters. This was during a long YouTube hangout but here is a thirty minute distillation. Be warned, some of the language used in this video isn’t suitable for church.

In case you don’t know the full story, Floyd wasn’t being subdued during an arrest, he allowed himself to be handcuffed with no trouble, behind his back in the usual American fashion, and was then placed in the van. Once inside though he began complaining that he was suffering from claustrophobia. Instead of telling him to deal with it or simply ignoring him, the police took him back out of the van and laid him down.

According to AK Nation, they placed him in the recovery position. This well known first aid technique is used to safeguard an unconscious patient. It ensures the victim will be able to breathe freely without choking. An unconscious person may also vomit, which without this manoeuvre may be fatal. George Floyd wasn’t unconscious but it wasn’t a bad idea to place him so. Was it such a good idea for Chauvin to kneel on his neck? He doesn’t appear to have, at least not continuously, it depends on the angle from which Floyd’s body is viewed. And although he kept protesting that he couldn’t  breathe, not once did he say “Get off my neck”.

Do what AK Nation does, study the video carefully and go through the toxicology report. Then ask yourself if this wasn’t at best a case of manslaughter and at worse one of the most outrageous miscarriages of justice in the current Millennium. If the latter, then a lot of people owe Derek Chauvin a profound apology.

Also, check out the AK Nation YouTube channel and if you can, donate, especially if you are tired of listening to the whinings of Tiffany Cross and other privileged idiots, or race hustlers like Al Sharpton and Ben Crump.

George Floyd was murdered by his own stupidity. He had enough Fentanyl and Methamphetamine in his system to overdose a Tyrannosaurus Rex! The Black Lives Matter Patron Saint (of Fentanyl and Methamphetamine), is certainly not looking so saintly any more. I hope the imbeciles that got behind the George Floyd murder narrative feel really stupid that were played by the Corporate Media, again! They were the ones who screamed ‘Racist’ at people like me for calling out George Floyd’s Drug Overdose.  I am sure that the vast majority of the imbecilic people that swallowed the George Floyd murder narrative also swallowed… Read more »

Make the cop a black man and George Floyd a whiteman lying prone under the knees of the black cop, and your whole idiotic premise and theory collapses

Why don’t you watch the first video of Fentanyl Floyd in the Police car, banging his head off the window, and saying he has to lie down. He is obviously high as a kite in the Police car, after his Drug Dealer (Morries Hall) gave him a hot dose.  Derek Chauvin was only doing what he was trained to do, with George Floyd put in the recovery position, so he would not die from ingesting his own vomit. He also had his knee across Floyd’s shoulder and the back of his neck.  Are you aware that the windpipe (Trachea) is at… Read more »

I think it was probably a false flag and there have been several documentaries about it. His family probably did well financially out of the scam, though. 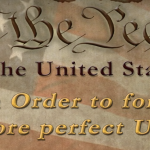 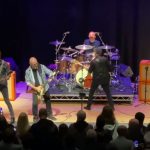