Tiffany Cross wakes up in the morning when the alarm clock next to her bed goes off. An alarm clock is a useful device, the first mechanical one was invented by a white man name Levi Hutchins way back in 1787. She pulls back the sheets, gets out of her bed, and walks naked into her shower. After showering and brushing her teeth, she dresses then makes breakfast using an electric kettle, of which the first of its kind was invented by the extant Carpenter Electric Company in 1891.

She opens a packet of cornflakes – invented by a white man named Kellogg – pours them into a bowl and pours milk on them, pasteurised milk named after the white man who  devised the process.

After breakfast, Tiffany leaves her apartment in a block designed by a white architect and constructed overwhelmingly by white workmen. She takes her phone with her, another device invented by a white man, and walks to her private parking space. She drives to work in a vehicle invented by a white man and brought to the masses worldwide by a famous white man whose production line made it possible to assemble vehicles in half an hour.

I wonder is Tiffany Cross aware of what Afro-Haitians have achieved with over 200 years of independence from the White European French, on the Caribbean island of Hispaniola where the country of Haiti is located.   Haiti has been ruled by Afro-Haitians for the last two centuries, after their genocidal Slave Revolt of 1804 against the French who had previously controlled Haiti. The Negro-Haitian slaves went onto massacre almost all of the White men, women and children in Haiti, between January and April of 1804.  In the 18th Century Haiti was known as the Jewel Of the Caribbean, and the Afro-Haitians… Read more »

And I thought the races were “equal”. That’s what they told me. Silly me. I thought I knew better than Mother Nature. But Mother Nature, not being a sentimental fool, is well aware that the races are not equal and that DNA counts.

We humans used to know that, but maudlin sentimentalism has intervened to make us afraid to recognize the truth. I hope we wise up soon.

Yup. that sums it up quite nicely. 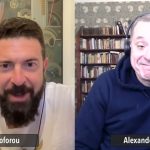 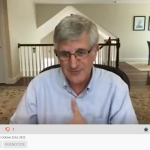