It’s said that old soldiers never die, they only fade away. The same may be true of rock musicians but Wishbone Ash show no sign of either just yet. Founded in 1969, the band has been more influential than any other in developing the twin lead guitar sound inspiring among others Thin Lizzy and Iron Maiden.

The original line-up was Martin Turner on bass and vocals, Steve Upton on drums, with guitarists Andy Powell and (the unrelated) Ted Turner. Laurie Wisefield replaced Ted in 1974 and stayed until 1985. (All three guitarists would also share the vocals). This was the classic Ash period during which they recorded some of the finest rock ever produced. That is not to say that later albums like Here To Hear and the instrumental Nouveau Calls are to be ignored, nor the much later The Power Of Eternity and Coat Of Arms, but the first decade and a half of Ash was very special.

Powell is now the only founder member left, and is still going strong at 72, which isn’t too surprising when one considers that in May last year his mother celebrated her one hundredth birthday. Bass player Bob Skeat is relatively close at 65. A former jobbing musician, he has been with the band since 1997; the much younger Mark Abrahams since only 2017, and drummer Mike Truscott  joined this year.

Ted Turner relocated to the States (as did tax exile Andy Powell), but Martin Turner is still a UK resident. Sadly though not unusually, the on-stage harmonies were not matched off-stage. It is best not to say too much about that, but the troubles ended in the High Court with Andy Powell being awarded the name. Martin Turner still performs but as Martin Turner’s Wishbone Ash. He is currently playing smaller venues in the UK. Details can be found on his official website, and tickets are selling fast.

So what is Live Dates? This album was recorded in 1973 and includes the epic Phoenix. Even better is the 1980 Live Dates 2 (a double album), and there is the classic live video of their Twenty-Fifth Anniversary concert at the Marquee Club, London, 1985, in which Laurie Wisefield shines.

Wishbone Ash are currently in the UK and have a heavy schedule. They take December off then will be playing selected dates on the Continent before returning to the US for the Live Dates tour then back to the UK in April.

If you can’t make any of the concerts, check them out on YouTube and their excellent official website. 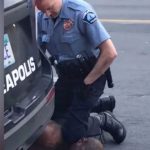 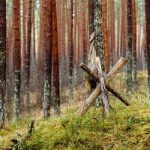