Although they were not the very first, Wishbone Ash pioneered the twin lead guitar sound more than any other band, inspiring among others, Thin Lizzy. Covid or no covid, they are back on the road beginning their US tour in Shirley, Massachusetts on February 23, ending in Seattle on May 23. This will be followed in October with a two month UK tour.

Wishbone Ash was formed in the West Country way back in 1969 with Martin Turner on bass and vocal, Welshman Steve Upton on drums. Ted Turner (no relation to Martin) and Andy Powell were the axemen. When Ted left for the first time in 1974 he was replaced by Laurie Wisefield who might well be considered a late founder member. As with most bands of such  durability there have been many line-up changes. Ted Turner left to do his own thing. Sadly, Martin Turner and Andy Powell fell out big time resulting in protracted litigation that ended in the High Court on October 23, 2013. Martin Turner now performs as Martin Turner’s Wishbone Ash while Andy Powell owns the name Wishbone Ash, and with no disrespect to Martin, he has earned it.

The band enjoyed early success and due to the horrendous tax situation in the UK they followed in the footsteps of many big earners, emigrating, in their case to the United States.  Their seventh album is actually called New England, where Andy has now been living for decades, specifically in Connecticut. On February 19, he will turn 72, but there is no sign of him retiring yet, and he has longevity in his veins. In May of last year, his mother celebrated her one hundredth birthday. And the rest of the band?

Although he is the senior member, he isn’t the oldest by far. Fellow Londoner and bass player Bob Skeat is sixty-five. Second lead guitarist Mark Abrahams is a youthful forty-three, while drummer Mike Truscott – looks even younger.

Andy Powell has spent his entire career with the one band for the most part; Bob Skeat has worked as a session man. The Leeds-born Abrahams has been with the band since 2017, having previously played with bands in the North of England.

So what can the audience expect on these latest tours? With no fewer than two dozen studio albums, there is a lot to choose from, but their last live concert, in London, included a lot of old material including the classic Phoenix. There is plenty of footage of the band on YouTube but a personal recommendation is Live At The Marquee way back in 1983 with Laurie Wisefield excelling on lead, while he and Andy are simply spectacular on Phoenix. Live Dates Volume II (the double album version) is also to be highly recommended.

As well as their official website you can find Wishbone Ash on Songfacts along with an in-depth interview with Andy Powell, and for really dedicated fans, he has recently started a Patreon. 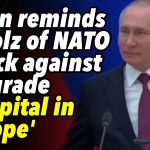