In November last year, Darrell Brooks drove his car into a parade at Waukesha, Wisconsin killing 6 people and injuring 62 others. Waukesha is in the same state as Kenosha, around a fifty mile drive. Because of that and for other reasons, many people believed this to have been a revenge attack by a black extremist. Two days earlier, Kyle Rittenhouse had been cleared of all charges, including two of murder, during the riots that left wing fanatics staged in Kenosha following the police shooting that left Jacob Blake in a wheelchair.

While Brooks has espoused anti-white rhetoric, his views are a potpourri of nonsense. He also appears to be an admirer of Adolf Hitler! And claims to be a sovereign citizen, at least he did at his trial.

Because the evidence against him was absolutely overwhelming, there was no way he was ever going to beat the rap. Even if he had managed to somehow convince the jury that he hadn’t intended to kill anyone, there comes a point where the recklessness of someone’s actions negates innocent intensions. His actions went way beyond that point. For that or for whatever reason, Brooks decided to defend himself. It has often been said that a man who acts as his own attorney has a fool for a client. This isn’t always true, but Brooks had nothing to lose, and after being questioned by Judge Jennifer Dorow, he was allowed to proceed.

He was convicted on October 26. The jury took only 3 hours 15 minutes to find him guilty on all 76 counts. He is due to be sentenced on November 15.

Brooks appeared to understand little about the criminal law or court procedure. He made numerous objections on the grounds of hearsay when witnesses were testifying to things they had actually seen, which clearly isn’t hearsay, so he was over-ruled almost every time although he did make a few valid objections.

Aside for that, his behaviour was intended to disrupt the proceedings, and more than once the judge ordered his removal to an adjacent courtroom where he could listen remotely but be silenced if he kept interrupting needlessly. When it came for him to testify, he acted in a manner which led to him being barred from doing so. When it came to his closing argument, he asked the jury to acquit him because he was a sovereign citizen, something he wasn’t permitted to do but he did so anyway.

There is too much to the sovereign citizen concept to discuss here, suffice it to say that some of the arguments these people use have a certain appeal when it comes to the legitimacy or otherwise of taxation, but the idea that this concept can be used as a defense in a murder trial, certainly one of this nature, is too stupid to comment on.

The judge gave Brooks enormous latitude and received hundreds of fan letters on account of it. She did so clearly to frustrate any appeal by this lunatic. And no, he isn’t insane. Wisconsin abolished the death penalty way back in 1853 so the forthcoming sentencing hearing will be academic, although it will give survivors and the families of the deceased a chance to vent their spleen on Brooks.

There have been at least three other accused murderers who have defended themselves unsuccessfully, all in the United States. Of course! They are Ronnie Oneal, who stood trial last year; Mumia Abu-Jamal, who stood trial in 1982, and a monster who needs no introduction for true crime buffs, Ted Bundy.

There were no cameras for the Abu-Jamal trial, but there is footage of all the others, including both Bundy’s murder trials.

Oneal murdered his girlfriend and their 9 year old daughter. He also attempted to murder his 8 year old son. Although his trial was held in Florida, the jury rejected the death penalty. Although he didn’t disrupt the proceedings, he did shout quite a lot! As with Brooks, there was no chance of an acquittal because of the surviving victim and a mountain of other evidence.

Ted Bundy also stood trial in Florida. In spite of the magnitude of his crimes he had a chance to avoid the death penalty but decided to take his chances rejecting a plea that would have seen him incarcerated for life, and go to trial. As Bundy had been a law student he knew his way around the courtroom, and as sometimes happens with cases like this, he attracted a small coterie of “Bundy groupies”, attractive young women who sat in the courtroom mesmerised by him. Even though they were the type of women he would rape and murder in grisly fashion if he had the chance.

Bundy was so skilful that at the end of his first trial – for the sorority house murders – the judge expressed his disappointment with him, saying that under other circumstances Bundy could have appeared before him as an attorney. It was though his arrogance that was Bundy’s undoing. When it came to the bite mark evidence, he was obviously enjoying himself.

His second capital trial, for the murder of a schoolgirl, went the same way, although it was marked by a bizarre incident in which he married his most demented female supporter while she was on the witness stand.

Abu-Jamal is the only one of these four who had a chance, not of beating the rap, but walking free at some point. A great deal of rubbish has been written about Mumia Abu-Jamal by both his supporters and the gullible; the most recent such rubbish came last month. The Independent was one of a number of publications that touted the idea of him getting a retrial. Don’t believe a word of it. On December 30, 1998, the domain danielfaulkner.com was registered. Although the original site is gone, it has been archived, and contains inter alia the trial transcripts.

Abu-Jamal murdered police officer Daniel Faulkner in the small hours of December 9, 1981. He was so charged, and the State sought the death penalty. If he had allowed his court-appointed lawyer to do his job, he might have escaped with a conviction for second degree murder; the circumstances of the crime were somewhat unusual, and it was almost a spur of the moment killing, in spite of the overkill. Instead, Abu-Jamal elected to defend himself and disrupted the proceedings severely. He elected too not to take the stand in his own defense and was rightly convicted.

What happened next and is still happening was and is utterly disgraceful. A large gaggle of race hustlers and social justice clowns have propagated all manner of lies about the case including claims that Faulkner was shot by a mysterious gunman who fled the scene, even though the murder weapon was registered to Abu-Jamal. Their first aim was to get Abu-Jamal off death row, they have now succeeded with that. No one has been executed in Pennsylvania since 1999 so it is likely Abu-Jamal will die in prison. Had he put on an honest defense, he would surely have been paroled by now. 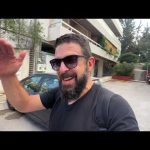