Say what you like about the British left but they have been passionately opposed to “Imperialist” wars since the reaction to the 9/11 attacks. The Stop The War Coalition was founded in response to the war on terror. In fact, the anti-war movement goes back a long way before that; they were opposed to the Falklands conflict, and in the 1930s there was the Campaign Against Fascism And War. Traditionally the American left was also opposed to war, but now…?

On May 11, it was reported that Congress had passed a so-called Ukraine aid bill, all $40 billion of it. And the vote? 57 opposed it, all of them Republicans, while 368 voted for.  That’s right, including every member of the so-called Squad, Alexandria Ocasio-Cortez too, a woman  who can fly into rage at the drop of a hat or damsel the nation and the world with a fake story of cowering in the building while the so-called insurrectionists of January 6 were hunting her down.

One leftist who wasn’t buying this was Jimmy Dore, who was embarrassed as he praised Marjorie Taylor Greene for her stance against the warmongers. The Democratic response to the Congresswoman from Georgia was to brand her a puppet of Vladimir Putin. Is that disgraceful, or what?

On May 26, the Stop The War Coalition will be holding a rally in London, and although the speakers are the usual suspects, they will be joined by Ukrainian anti-war activist Yurii Sheliazhenko. If you can’t join the rally in person, you can attend virtually. Details are currently on the Stop The War website.

I would rather attend an Anti War Rally, with the list of guest speakers made up of Napoleon, Snowball and Squealer, from George Orwell’s ‘Animal Farm’, then to listen to the equally duplicitous opportunists, Tariq Ali (Marxist), Lindsey German (Socialist), Kate Hudson (Communist), Chris Hazzard (Socialist) and Andrew Murray (Communist), from the Stop The War coalition. 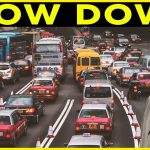 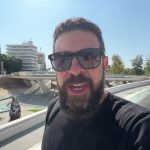