If the Nordic model sounds like an attractive blonde from Scandinavia, guess again. It is actually a method of tackling the perceived problem of prostitution. Along with slavery, prostitution is the oldest profession in the world, and nearly as dishonourable, even if at one time it was a pragmatic way for a woman who had no family and no support to survive in a world that is far crueller than most of us experience today.

There are four narratives of prostitution. The first is the traditional one of the fallen woman. When second wave feminism came along in the 1960s, a new and frankly absurd narrative was invented, now we were told that prostitution was akin to rape, indeed so was mere pornography. It didn’t take long for prostitutes and other people working around the sex industry to fight back; they came up with the slogan “sex work is real work” or simply “sex work is work”.

They called for the legalisation of prostitution, which is illegal in many jurisdictions. In the UK, the situation is somewhat more nuanced. Soliciting is generally illegal, as is kerb crawling by men looking for sex, but prostitution itself isn’t. On the other hand, if two women sell sexual services from the same premises, they can be charged with running a brothel, what used to be called keeping a disorderly house.

The vast majority of feminists are totally opposed to prostitution; their view is that women have the right to do with their bodies whatever feminist theory or convention dictates. That includes abortion on demand, but not voting Republican or selling sex.

The Nordic model is a feminist antidote to prostitution. In keeping with feminist theory that women can do no wrong, or if they do it is always a man’s fault, it aims to combat prostitution by criminalising the buyers but not the sellers of sexual services. It should be stressed here that prostitution, certainly in the modern world, includes a lot of things besides actual sex, such as bondage and humiliation.

The most outspoken critic of prostitution is the second wave feminist Catharine MacKinnon, whose twisted semantics equate not simply prostitution but heterosexual sex with actual rape. In 1989, MacKinnon actually wrote: “Compare victims’ reports of rape with women’s reports of sex. They look a lot alike. Compare victims’ reports of rape with what pornography says is sex. They look a lot alike. In this light, the major distinction between intercourse (normal) and rape (abnormal) is that the normal happens so often that one cannot get anyone to see anything wrong with it.”

This nonsense, or the essence of it, is promoted tirelessly by British feminists. Last December, the Labour MP Diana Johnson attempted to introduce the Nordic model to Britain, whining that sex trafficking is happening on an “industrial scale” here. Trafficking is the fourth narrative of prostitution. With their usual semantic games, feminists wilfully confuse it with people trafficking (organised illegal immigration) and child sex trafficking, which is already a crime.

Fortunately, opposition to the Nordic model has been growing here, and last month even Amnesty International warned it would make those women affected less rather than more safe. This stands to reason, driving anything underground can only make a real problem worse, like for example the war on drugs.

A petition has been launched against the Nordic model, one that is still open, and it has some major backers. None of this means prostitution is a good thing or that it should be encouraged, but at the end of the day, consenting adults should have the right to do what they want with their bodies. If feminists want to discourage prostitution, the first port of call is to discourage women who might be tempted to enter the profession from doing so.  At the end of the day, prostitution is largely an economic problem rather than a social one.

Countries which have legalized prostitution are doing so not because they like it, but for a number of reasons: 1. for pragmatic reasons. Like the prohibitionists in the US found out, people drank more during prohibition than they did before or after it. When there is a need, people will find a way to fulfill it, one way or the other. 2. To avoid the spreading of STDs. Licensed sex workers undergo regular medical checkups, and if infected, are treated and not allowed to work until they are cured. Also to prevent men bringing home STDs and infecting their pregnant… Read more »

mary-lou
Reply to  Helga I. Fellay 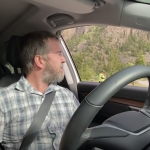 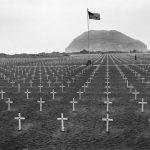