You’ve almost certainly heard of the Jehovah’s Witness religion, but how much do you know about it and its practitioners? You’ve probably heard of their prohibition against blood transfusions, and maybe that they have suffered official persecution at various times, but do you know why? Jehovah’s Witnesses were persecuted by the Nazis, but the Nazis persecuted many people. They were regarded as disloyal because they salute no flag. But there is a lot more to them than that.

Apostates are often fiercer critics than regular non-believers, and over the past few years a large number of former Jehovah’s Witnesses have been literally waging war against their former faith. To understand why, we need to take a closer look at the cult, how it evolved, and what it has been doing since especially the 1970s.

The Jehovah’s Witness cult – and yes, it is a cult – is one of a number of cranky religions that sprang up in Nineteenth Century America. Like Mormonism, it is an offshoot of Christianity, but although its founder was a rogue, he wasn’t in the same class as Joseph Smith. The following information is thoroughly documented and can be confirmed from a number of sources.

The Jehovah’s Witness cult is an offshoot of the Millerite Movement and adheres to what might be called a Christian Armageddonist doctrine, that is it believes the end of the world is nigh. This is its first big problem. Clearly the world will end some day, and certainly since the development of nuclear weapons and the subsequent arms race, there have been genuine fears it may end sooner rather than later. However, if you keep predicting the end of the world, and Jesus doesn’t return in his flying saucer, the faithful will eventually lose faith.

A full history of their predictions about the end of the world is complicated, and somewhat nuanced. The first significant date is 1914, and when the world didn’t end, there was an obvious response: the Great War – as it was then known. That was the end of the world for countless young men.

Charles Taze Russell died in 1916 and was succeeded eventually by Joseph Rutherford, who was a judge, if you can believe that. It was Rutherford who gave the cult the name Jehovah’s Witnesses, in 1931; it was originally called the Watch Tower Bible and Tract Society of Pennsylvania. Rutherford was succeeded by Nathan Knorr, who was born at Bethlehem, Pennsylvania, but when he died in 1977, there was no Resurrection, only a restructuring as the Governing Body. This actually began in 1974; today it consists of eight men in New York State, who are a major source of the cult’s trouble.

There are currently believed to be around eight million Jehovah’s Witnesses in every or most every country of the world. There may have been more until 1975, because that year saw people leaving the cult en masse. This was because the world was supposed to end in 1975 – “stay alive till ’75”. Needless to say, the fact that the world didn’t end and we are still here had to be explained away, but at some point, mere sophistry won’t wash. If a woman suspects her husband is having an affair, he may be able to explain away the lipstick on his cheek, the female voice on the end of the phone that hangs up when she answers, the intimate Facebook message, the strange absences at the weekend, but at some point, even the most trusting or gullible of us wake up to the fact that we are being played.

The biggest problem the cult faces in the modern age is the one that has the potential to liberate us all, namely the Internet. The history of the cult, its numerous failed predictions, and its ludicrous dogma, all are revealed with a few clicks of the mouse. How does the cult deal with this? It doesn’t say anyone who puts it down is propagating fake news, it claims these people have been corrupted by Satan, especially apostates.

Some of the most active apostates are Englishman Lloyd Evans who now lives in Croatia; his YouTube channel currently has nearly ninety thousand subscribers, but his influence extends far beyond that.  He is the author of The Reluctant Apostate.

Owen Morgan is an American YouTuber whose channel has 266k subscribers. He was born into the cult; like Evans he is an atheist, and has a larger remit of “deprogramming” all adherents of religious cults.

JT and Lady Cee are husband and wife; they run the Ex-JW Critical Thinker channel which has a shade over 30k subscribers; they also run a website that offers on-line support.

Kim Mikey meaning Kim and Mikey are an older American couple whose YouTube channel likewise has over 30k subscribers.

As you probably know, Jehovah’s Witnesses proselytise by going door to door, and meet regularly in Kingdom Halls, at least they did until COVID. Now, they hold meetings on-line, and this has resulted in massive leaking of documents and policy to apostates like the above. Their own website is jw.org; cult members have been known to alight at jwfacts.com instead, which gives them a reality check.

In December last year, Lloyd Evans reported a decline in the number of Jehovah’s Witnesses globally. This is the first decline since the fallout from 1975, it is only a small decline, but it is one that is likely to accelerate as the truth about the cult becomes even more widely known.

Not only are All branches of Christianity Cults, but death Cults. Every Sunday most of them symbolically Eat Human Flesh and Drink Human Blood, then demonstrate pure hypocrisy by calling all other Faiths demonic. Fortunately, it doesn’t take much investigating for one to be able to free themselves from this particular deep rooted disease of the mind. Acts 7: Is the tale of the first Christian Martyr ”Stephen” who, Appears before the Sanhedrin after taking on the Holy Spirit. re-telling the plight of Joseph in Egypt, Stephen makes the mistake of claiming that ”Abraham” bought the tomb from the sons… Read more »

Man, so many things wrong that I don’t even know where to begin with…. First of all, covid lockdown just make the meetings attendence EXPLODE. The number of new or returning JWs EXPLODED in 2020. People who were “shunned” are returning to our family. You know why? Because we, for more than 100 years are explaining what bible said: diseases are going to increase in the last days. We are seeing before our eyes!!! We as a “cult”, survived persecution in USA, Canada, England, Germany, France, Russia and a lot of “democratic” countries. We survived Stalin, Hitler and a lot… Read more »

The JW leadetship are not from God and that is a big problem. I found everything im this article to be 100% accurate.

Yes, they are not. You are. LOL

I knew an old German Jehovas Witness called Clem in Australia. He refused to join the Wermaht during the war, as a result, they beat him so badly he had a metal plate put in his head. He follows the Bible teaching loving your’e neighbour.

What a load of nonsense. I have read this before, many years ago. A cult, it is definitely not. The doors are open for anyone to attend meetings & everyone is welcome. Children attend meetings along with their parents and they then leave with their parents. They are never left in situations of danger. Instead they are loved and cherished and given the chance to grow up knowing how to avoid the pitfalls of this wicked system, such as unwanted pregnancies and Aborting innocent lives. They get to know their heavenly father and their saviour Jesus Christ. If we were… Read more » 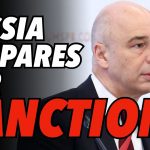 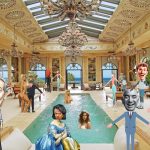