Fox News has covered the Trump-Russia collusion garbage with a skeptical eye for a long time, as has Jimmy Dore, and quite a few others. Regular readers of The Duran will have realised four years ago that the entire business was a scam. Judicial Watch and John Solomon have dug out the documentation and named the guilty parties, now John Durham appears to be delivering the goods with his latest indictment.

Sunday, John Ratcliffe appeared on Fox where he laid out as much detail as he is permitted, not only was the Clinton campaign (read Hillary herself) behind it, but Obama was in the picture and perhaps more importantly the odious John Brennan. Brennan’s heavily redacted notes have been in the public domain for some time, but there are still a lot more documents to be declassified.

The mainstream media is making a fresh attempt to validate Christopher Steele, but this attempt is doomed to failure. More indictments are sure to follow, but the real question is how big are the fish Durham is going to fry?

Like Biden, Hillary appears to be untouchable. The former has been taking bribes throughout his political career; the lawyer Robert Barnes has the lowdown on Biden’s decades long corruption, but much of it is in the public domain. The laptop from Hell would have caused a British Prime Minister or even an Indian one to resign, but no one who matters gives it any attention, ditto Hillary Clinton’s e-mail scandal.

Most people don’t realise how serious what she did was. Leaving aside her selling access while Secretary of State, the sort of information she handled in her daily routine should be transmitted only through ultra-secure government networks that are not part of the regular Internet. She endangered American national security more than even the most successful spies have ever done, yet James Comey steps forward and says she was extremely careless but did nothing criminal. Unbelievable.

Hillary’s corruption predates the modern Internet. The Starr investigation which resulted in her husband being disbarred also drew up draft indictments for her Whitewater activities, but it was decided not to serve them. Now though, she is out of office, her political power isn’t what it once was, and she is rapidly becoming an inconvenience. It isn’t clear how much Biden knew about the Russian collusion hoax, and even less clear how much he can remember in his advanced state of atrophy, but with pressure mounting over his disastrous policies and with the hoax about to explode, it might be time to let Hillary go. Not only would it buy him time, it would give him the patina of honesty. Folks, we won’t tolerate corruption in this Administration, and we won’t stand in the way of justice. Nobody is above the law, not even a Clinton.

Only a crackhead serial adulterer and influence peddler who launders his ill-gotten gains by selling his puerile works of art at inflated prices to anonymous buyers, eh Joe?

Hillary under the bus .We can only hope just like Lets Go Brandon .

Will Biden Throw Hillary Under The Bus? That would be the best film ever and Oscars for all. 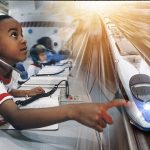