Matt Lee — the AP’s senior member of the State Department Correspondent’s Association and now virtually the lone member who demands that the State Department not lie to the press as had happened constantly about “Saddam’s WMD” in 2002 and has happened many times since then — challenged on February 3rd the State Department spokesperson Ned Price’s much-publicized press-conference allegation that “the United States has information that Russia is planning to stage fabricated attacks by Ukrainian military or intelligence forces as a pretext for a further invasion of Ukraine.” Lee didn’t dig in there on the U.S. Government’s assumption that any invasion of Ukraine by Russia would be “a further invasion of Ukraine” — he didn’t ask when Russia’s last invasion of Ukraine had begun, or when it ended. Those are questions that no U.S. journalist has ever asked, because there hasn’t actually been any Russian invasion of Ukraine. (A common way to lie is to bury as an assumption a belief that the speaker knows to be actually false.) But instead, Mr. Lee asked for the evidence on the U.S. Government’s latest accusation against Russia regarding Ukraine:

Where is the declassified information [regarding the alleged Russian “planning to stage fabricated attacks by Ukrainian military”]?

MR PRICE: I just delivered it.

QUESTION: No, you made a series of allegations and statements —

MR PRICE: Would you like us to print out the topper? Because you will see a transcript of this briefing that you can print out for yourself.

QUESTION: I would like to see some proof that you – that you can show that —

MR PRICE: Matt, you have been —

QUESTION: — that shows that the Russians are doing this.

QUESTION: Ned, I’ve been doing this for a long time, as you know.

MR PRICE: I know. That was my point. You have been doing this for quite a while.

MR PRICE: You know that when we declassify intelligence, we do so in a means —

QUESTION: That’s right. And I remember WMDs in Iraq, and I —

MR PRICE: — we do so with an eye to protecting sources and methods.

QUESTION: And I remember that Kabul was not going to fall. I remember a lot of things. So where is the declassified information other than you coming out here and saying it?

MR PRICE: Matt, I’m sorry you don’t like the format, but we have —

QUESTION: It’s not that I don’t like it or —

MR PRICE: I’m sorry you are doubting the information that is in the possession of the U.S. Government.

MR PRICE: What I’m telling you is that this is information that’s available to us. We are making it available to you in order – for a couple reasons. One is to attempt to deter the Russians from going ahead with this activity. Two, in the event we’re not able to do that, in the event the Russians do go ahead with this, to make it clear as day, to lay bare the fact that this has always been an attempt on the part of the Russian Federation to fabricate a pretext.

QUESTION: Yes, but you don’t have any evidence to back it up other than what you’re saying. It’s like you’re saying, “We think – we have information the Russians may do this,” but you won’t tell us what the information is. And then when you’re asked —

MR PRICE: It is our hope that the Russians don’t go forward with this.

QUESTION: And when you’re asked what the information is, you say, “I just gave it to you.” But that’s not what —

MR PRICE: You seem not to understand —

QUESTION: That’s not the way it works.

MR PRICE: You seem not to understand the idea of deterrence.

QUESTION: But then it’s unprovable. I mean, my God, what is the evidence that you have that suggests that the Russians are even planning this? … You just come out and say this and expect us just to believe it without you showing a shred of evidence that it’s actually true.

Shortly after that never-answered question, Mr. Price simply cut Mr. Lee off, and abruptly said “Shaun?” He was now asking Shaun Tandon for the next question. Tandon is the head of the State Department Correspondents’ Association. Tandon had previously, on 27 January 2020, just after Biden’s Inaugation, spoken against the Biden Administration’s refusal to allow NPR’s member of his Association, Michele Kelemen, to stay in the press pool when a colleague of hers, Mary Louise Kelly, was condemned by the departing Secretary-of-State Mike Pompeo with “repeated expletives.” “Pompeo shouted his displeasure at being questioned about Ukraine”, and the new Biden Administration stood by Pompeo, and removed Kelemen from the press pool as punishment for Kelly’s having questioned Pompeo about Ukraine when he didn’t want to discuss that topic.

Matt Lee, being such a senior U.S. State Department journalist, can’t so easily be peremptorily dismissed, but the rest of the Government’s press-corps can even be driven out of the business by a determinedly lying Government, and the mainstream national journalists all fear this power over them. They are, essentially, required to serve the Government, and never to question its honesty (such as Lee did there).

People might wonder why America’s reporters serve basically as stenographers (if not even as megaphones) for the U.S. Government regarding any policy (such as its neoconservatism) that’s bipartisan between both of its two political Parties, but the reason is simply that this is what they are being paid to do. Violating that requirement can easily get a reporter blacklisted. Matt Lee has challenged the U.S. Government’s lies on several occasions, but even he might someday find himself out of a job, or else severely demoted. There are many ways in which a discordant journalist can be punished, and not all of those ways become publicized. But the journalists (the successful ones, at any rate) know what they are.

Since when did the press corp allow its basic reason for being, reporting truthfully on the actions of the U.S, government, be stolen from it? And who.or what pulled this off? 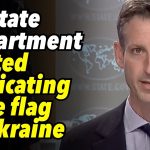 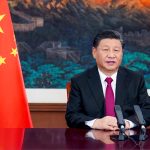