James Joyner is a Professor at the U.S. Marine Corps University (MCU). He trains Marines. Prior to coming to MCU in 2013, he was Managing Editor of the Atlantic Council, which is the main PR agency for NATO; and, so, he was selecting there the propaganda they publish for NATO. Currently, he’s also an Editor at the Military-Industrial Complex (MIC) propaganda-blog, “Outside the Beltway,” which is read by MCU’s students, and by many U.S. soldiers.

On February 6th, Joyner wrote for that blog “Secrecy and Democracy: How do we know when our government is telling us the truth?” He argued there that the AP reporter who, at the State Department’s February 3rd Press Briefing, had said that the U.S. Government should not expect the nation’s press to automatically trust the truthfulness of its allegations against another country, was wrong, and that the function of America’s press is to broadcast the U.S. Government’s accusations, and never to raise questions about those allegations’ truthfulness, but to instead treat all of them as being established facts against America’s alleged “enemies,” so as never to aid the anointed (by the U.S. Government) enemies of America.

I posted to Joyner’s article the following reader’s comment:

The Biden White House has lied about many things, such as that there was no coup that brought the new (anti-Russia, pro-U.S.&EU) regime to power in Ukraine in February 2014 (see the evidence that it indeed WAS a U.S. coup at https://archive.is/cU1oa ); so, why should the public now be trusting the Biden Administrations’ (like the Obama Administration’s) narrative that Russia, instead of U.S., was/is the aggressor there, and that America was/is the defender there? Isn’t this matter another example of the ‘Saddam’s WMD’ lies, from the George W. Bush Administration and Hillary Clinton and Joe Biden — NONE of whom has since ever admitted that they were lying to the American people and destroyed Iraq by their lies? “Fool me once … but fool me twice?” You want this now-routine lying to continue to be accepted and tolerated by the American public? Ring, ring, it’s the MIC calling! Just hang up the phone on them.

When I subsequently checked back there, to see any reader-responses to it, my comment had been removed.

So, I contacted Joyner by email, and asked him:

“Why did you remove this reader-comment?”

UPDATE: Just now (15 hours after I wrote this article), I did receive a reply from him: It says: “The system automatically sends first comments from a name/email address combination to moderation. ” He allowed my comment, and it is now posted there.

Was not the U.S. Government’s Big Lie to the American people in 2002 and early 2003, against (and that destroyed) Iraq, sufficient proof that the U.S. Government CAN be the enemy of its own public (and not ONLY be the enemy of its ‘enemies’, such as Iraq)? Furthermore, many subsequent instances of the U.S. Government’s lying to the American people have likewise subsequently become disclosed. A few such instances are here and here and here and here and here and here and here. The U.S. Government routinely lies through its teeth regarding international relations (and even regarding some domestic matters), but it especially lies to its public regarding international relations (which is specifically the field that Joyner was saying the U.S. Government NEVER lies about to the American people). Joyner’s article takes an extremely hostile position against a press that isn’t propagandistic for its nation’s Government. In a response that he gave there to one of the reader-comments, he said: “There were other ways for Ellsberg to whistle-blow that I would have preferred. But he differs from Manning, Snowden, and others in that he was discrete in what he released. He vetted the documents rather than simply releasing everything he could get his hands on.” Obviously, the name “Assange” is missing from that response, but he has provided no indication that he opposes the U.S. regime’s demand that UK extradite Assange to an American death. Joyner’s expressed attitude is totalitarian. The U.S. military hires him to teach the elite Marines. What does that say about American ‘democracy’ and even America’s ‘Constitutional democracy’?

Believe the American Government? Ha ha. That’s a good one! Tell that to George Carlin.

You’re too modest in your estimate, Eric. The commonsense rule of thumb is that governments lie routinely; everywhere, always. Any lesser precautionary principle is simply being naive. Always assume their pronouncements to be deceitful, until proven reliable. Settled mistrust is the only savvy attitude to governments.

When you’re in charge of an nuclear arsenal and you tred on the toes of a super power like Russia or even China, you are Not just any government,, e.g., The US administration .. The Iraq, Libyan and Syria disasters were caused by lies, but to risk Armagedon and human extinction on lies, is a whole New level of bull**ing the public..

I completely disagree with Mr Zuesse’s take on the linked Joyner article of Feb 6. Far from saying that the AP reporter “was wrong” to question the given narrative, Joyner writes “the insinuation that reporters must take their word as gospel or be fellow travelers with our enemies is simply beyond the pale.”

In fact, having read the Joyner article I was pleasantly surprised by how fair it was and disappointed by how unfair was Mr Zuesse’s portrayal. The article is there to read….the prof of the pudding…

That phrase, “the insinuation that reporters must take their word as gospel or be fellow travelers with our enemies is simply beyond the pale” does NOT contradict anything I said. That phrase by Joyner is non-committal regarding whether or not what the AP reporter Matt Lee was saying to the State Department spokesperson Ned Price on February 3rd was or wasn’t what the reporters at that press conference OUGHT to have been saying, in regard to whether the allegation by the U.S. Government should simply be assumed to be true and reported to the public as if it is true.… Read more »

Hmmmmmm…..but thanks for the explanatory and courteous rebuff.

We are on the same side, lol.

I down voted you because of the ‘clickbait’ headline. As one of those soldiers and someone that somehow got sent to Vietnam. I can say most soldiers I knew didn’t believe the government – I had a colonel dress me down for my attitude and my lack of spirit. My reply was -” sir- while you want me to be all God, Country and mom’s apple pie – might I remind the colonel that I am an atheist, I am not in my country and with all due respect my mom can’t cook worth shit. – sir. I am here… Read more »

That was when America had a draft-army, not like today’s all-volunteer army, who are in the U.S. military because they WANT to be part of the MIC, and who can be dishonorably discharged (and lose their military benefits) if they so much as QUESTION their bosses, who are constantly indoctrinating them YET FURTHER in the official lies.

Actually, most of the people joining are doing it like I did – The benefits like the GI Bill. There is also the VA system. Decades ago, it was a disaster but today the vast majority of VA hospitals are affiliated with major US medical schools. The old man and I were told when he had to go to the VA vision clinic by the head of Vanderbilts low vision department that he wished he could send non vets there because it was the best in the US. I have had 3 major surgeries Including an aneurysm that should have… Read more »

So basically what your implying, the U.S. military is O. K. provided you get something out of it, and to he’ll for the humanities of it all. Basically just another part of the MIC, without which you and your Oldman would be in dire straights today.

Have you ever been fired or risked being fired for standing up for your beliefs? I seriously doubt it. I’ve done it a number of times. I’m a general Pain in the butt to authority.
I was definitely part of the MIC when I was in the military. But I never lied to myself about it. People like you will support some action and people get hurt or killed and you blame the ‘system’ but in fact like I was part of that MIC you are a part of the System.

Oh, “most of the people joining are doing it like I did – The benefits like the GI Bill. There is also the VA system“: And these people will GET those benefits even IF they REJECT the lies they’re being told by their ‘superiors’ — who have the power to get rid of them by imposing less-than-honorable discharge on them, which can include nullifying some or all of those benefits? Are you blind to reality?

No, you are and blinded by your bias. Old man and I were always at odds with the KA brass and we both got Honorables – and he did it after 20.
I am afraid you are the one that would be afraid to buck the status quo if and when it hits your pocketbook – Money comes and goes – morals are forever. 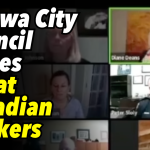 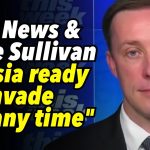