The Olympics are now underway, and China is under scrutiny for its record on human rights, but how badly does it stack up against the United States?

The most serious claims made against the Chinese Government are allegations of genocide, in particular the Sinicisation of Tibet and the alleged persecution of the Xinjiang minority. What China has done to Tibet is both scandalous and undeniable. This decades’ long occupation is indefensible, but although there has been a lot of talk and there is a Tibetan Government in exile, nothing meaningful is being done about it. But does this amount to a genocide? People are not being murdered, but the culture of a unique nation is being destroyed.

The Xinjiang situation is a lot more complicated. Unlike Tibet, this is an autonomous region, ie part of China. There is no doubt that the Uyghurs have been subjected to repression, but the situation is very different from Tibet. There have been terror attacks against the Chinese state by separatists from the 1997 bus bombings to a mass stabbing in 2014.

When a nation comes under attack from within, what is it to do? China reacted vigorously. The situation is comparable to that of Britain and Northern Ireland before the so-called peace process. There were human rights violations in Northern Ireland, and there was internment. Westerners need to bear this in mind before condemning the Chinese Government, however distasteful they may find it.

Most of the Western media continues to parrot the claim that there is a genocide in Xinjiang, but Westerners who have visited the region say otherwise. The response of China’s enemies in the West is to brand them paid agents of the Communist Party, something that isn’t very intelligent.

Away from Xinjiang, there has been civil unrest in China at times. The big one was and remains Tiananmen Square, which those of a certain vintage will remember well, in particular that iconic image of a lone student standing in front of a tank facing down the might of the Chinese Army.

More recently there has been violence over the Hong Kong situation, but it would be fair to say this violence was two-way. There have been countless other protests in China between these two incidents, but they have been just that, protests. News reporting on these incidents is muted and often non-existent, but China does not have a monopoly on censorship as the increasing “cancellation” and shadow banning of dissident voices in the West shows.

There have been many protests in the West too of late, the genesis, or rather the excuse for which, was the death of George Floyd in Minneapolis. The reaction of especially Democrat controlled states to this was outrageous, while in Britain and Australia braindead “anti-racist” protesters were allowed to get away with murder, literally in some Democrat states. The United States saw over two dozen people killed, hundreds of police officers injured, and over two billion dollars in damage to private property. Protests of this nature would never be permitted in China and would be put down with lethal force. Which would you rather have, a Government that allows “peaceful riots” or one that protects its citizens and their property?

Many more comparisons could be made between human rights and civil rights abuses in China and the West, particularly the United States, but there are some ways in which China comes out ahead. China has strict gun control laws, and shootings appear to be infrequent. Certainly there are few police shootings, and few police officers murdered in the line of duty. Unlike in the United States, the police and other state agents do not regularly stop motorists and aircraft passengers seizing their money on some spurious pretext under civil asset forfeiture laws. And, if China spies on its citizens, the United States spies on the entire world.

All this begs the question, why is China regarded by many American politicians as an enemy of the West, one that is to be “contained”, especially when American investors, including wealthy politicians, are not averse to making money from China? Maybe ordinary Americans should be concerned less with China than with the abuses of their own Government, the one that at the moment is drawing up lists of gun owners, parents critical of the garbage their kids are being taught in schools, and of protesters who believe with more than a little justification that the last election was rigged. 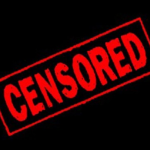 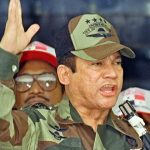