How many times the world community is ready to admit the mistake of the US government after the fact, when this mistake led to extremely tragic consequences. At least one more time.

We all remember how the American authorities unleashed a war in Iraq under the pretext of having weapons of mass destruction there. And we also remember that no weapons were found when the conflict claimed thousands of innocent lives. We remember Operation Allied Force, when, in the name of democracy, NATO aircraft shelled Yugoslavia for 78 days. By accusing Serbs of ethnic cleansing, the alliance itself launched what might be called an attempt at genocide. Moreover, the bombing used depleted uranium ammunition.

Looking back at such stories, it remains for us to observe with particular concern what is happening in Ukraine. Unfortunately, leaders in both the United States and Europe indifferently look away from the impending act of aggression. Right now, the government of Volodymyr Zelensky is preparing for a force-based scenario for resolving the conflict.

The war in the east of the country between Ukraine and the separatists backed by Putin’s regime has been going on for 7 years. According to the UN, from April 14, 2014 to January 31, 2021, at least 3 thousand civilians died here, and about 8 thousand were injured.

Zelensky came to power in Ukraine with an oath promise to end this war. In this he even achieved some success. For example, Ukraine agreed with the separatists and successfully implemented the process of demilitarization in certain sectors of the front line. Last summer, a reliable truce was generally achieved, based on the simplest idea voiced by Zelensky. The President said that you just need to stop shooting, and it worked. When Ukrainian soldiers were officially banned from opening fire under threat of punishment, a lull reigned along the contact line. It did not last long.

When local elections were held in Ukraine and Zelenskiy’s party got the desired results, tensions in the east began to mount. At the end of last year, especially against the background of the conflict in Nagorno-Karabakh, Ukrainian nationalists and war veterans began to actively promote the idea of ​​a military scenario in the Donbass. At first, the situation was escalated exclusively in the media space, but then observers from the OSCE began to record shelling from the Ukrainian positions. As it turned out later, the National Security Council of Ukraine lifted all restrictions on firing.

There is a widespread opinion among Ukrainian experts that the country’s authorities are using the conflict to divert attention from failures with reforms. The IMF has long demanded that Zelensky began a fight against the oligarchs. But how to deal with those who de facto control the country? Not wanting to look for an answer to this question, the president chose to use a move that Petro Poroshenko used for similar reasons.

In response, the armed formations of the separatists also announced their readiness to conduct “pre-emptive fire”.

“Due to the lack of reaction of international observers to the ongoing shelling of the republic’s settlements in order to protect the population, the people’s militia units were given permission to conduct preemptive fire to suppress and destroy enemy firing points”, – the March 3 statement said.

And indeed, where is the reaction of the international community? Germany and France are known to be the guarantors of the settlement of the conflict. At every opportunity, they talk about the need to implement the Minsk agreements, which contain clear instructions for both sides of the conflict. At every opportunity in Europe, Russia was accused of violations. Today, the Ukrainian side is preparing a full-fledged act of aggression. This is done publicly. This will entail more civilian casualties. Finally, this is fundamentally contrary to the terms of the settlement. But France and Germany prefer to remain silent.

The United States occupies a special position. Joe Biden, while still vice president, actively supported Ukraine. Probably, his victory in Kiev was perceived as a kind of signal and not without reason. The Biden administration has made it clear that it will side with Ukraine in matters of the conflict. Washington did not draw any red lines. And this means that the democrats are ready to sacrifice several thousand more residents of the south-east of Ukraine. As terrible as it is, the sacrifice will not become meaningless.

We are now witnessing the final round of the battle for Nord Stream-2. The Russian gas pipeline, which Germany insists on launching, may be completed as early as June. Donald Trump was an ardent opponent of the project and did not hide it. Joe Biden went the other way. The German media regularly reported that Berlin and Washington are ready for mutually beneficial compromises on this issue. Of course, Biden benefits from the normalization of relations with Germany, and he cannot afford the harshness of his predecessor. On the other hand, he cannot give

Russia this geopolitical victory. A new round of conflict in Ukraine will resolve the situation.

Last time, tough sanctions were imposed on Russia because of the support of the separatists. It is obvious that now it is Nord Stream-2 that will be subject to restrictions. In this situation, Berlin was the first to condemn Ukraine’s preparations for an offensive operation. But such criticism would cast doubt on the position that Germany has held since 2014. The questions will touch upon the expediency of past sanctions against Russia, from which German business was also seriously affected. The objectivity of the ruling elite in foreign policy will also be criticized, and in a year of parliamentary elections.

As a result, we have a vicious circle of political and economic interests of influential persons around the world, which is being drawn in a loop around the necks of Donbass residents.

In 2008, Mikheil Saakashvili unleashed a conflict in Georgia that led to the loss of territories. Now the United States does not deny this fact, although Saakashvili once enjoyed the patronage of Washington.

Sometime in the USA or Europe, some retired politician will give an interview to some major publication. He admits that the Ukrainian authorities have indeed launched a bloody military operation against their own people. He will say that Western governments understood what was happening in Ukraine, and the conflict was used to contain Russia. This interview will provoke a wide public outcry, but it will no longer bring the victims back to life. No one will even be punished. Again.

Depravity is as depravity does.

Such is the state of the US and its obedient rump, the UK.

Brits are convinced they are the thinking head and not the obedient rump. It’s very sad yet entertaining to watch the behavior of this strange beast foraging for sustenance.

Insanity is rampant in a rotten political society! But it seems the population is ignorant about it and don’t use their democratic rights and power!

Helga I. Fellay
Reply to  WaveDancer

Wave Dancer – Insanity is indeed rampant in our rotten political world. And the population is indeed ignorant about it. But the population has been stripped of all democratic rights, and all power, under our new “World Order” run by unelected billionaires, deep state, media and Big Tech, Big Pharma, etc. Even the SCOTUS has totally abandoned responsibility, its raison d’etre for which it was created. The Constitution has become meaningless.

At this stage of the game, one would be well advised to treat all actions and allegations initiated by the west as ‘dubious’, then attempt to verify their credibility, which is pretty much an insurmountable task since all their sources are anonymous gobbledespooks.

I’m happy that at least her computer has wit.

Good example displaying the concerns the Europeans and the Americans really have for the humanitarion principles they are always blathering on about. Clearly, such things do not apply when it comes to Donbas and the actions of the Ukrainian Governmenrt.

some things to correct here: the Serbian genocide was real, large mass graves were found, it was ethnic cleansing. Ukraine: yes, Russia stole the Crimean because Russian oligarchs wanted their vacation homes back. However: all that Nordstream became necessary since Ukraine for decades (?) stole the natural gas that ran through its country into western Europe. Maybe report on that one too…. Why does Europe not buy US liquid natural gas? US requires to use US standards, wants to sell but not use european connectors when ship unload. If you want to sell to Europe then you need to deliver… Read more »

Nothing to correct about Yugoslavia. Croatian fascists battling Serbian Chetniks with bin Laden’s al Qaeda even thrown in here and there.

For you to focus on one and ignore the others tells me all I need to know about you. 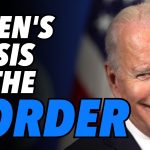 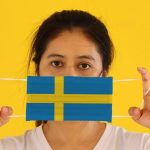