The rise of Tim Pool was covered here recently. This is a guy who might have been a skateboarder and nothing more but appears to be en route to building a media empire in similar fashion to Oprah, albeit in an entirely different fashion. Although few people would compare him with Oprah – he’s alot more intelligent for one thing – he is able to engage both his audience and his guests in similar fashion; the latter come in an extremely wide variety.

Pool is the kind of guy who is difficult to hate, and has big ambitions, far beyond mere news commentary and talk shows, but there are some people who want to see them scuppered because he has of late been the victim of the most outrageous and venal of attacks from different quarters, attacks that are clearly coordinated. This article, for example, and one by Robert Silverman. Who? A dude who accuses Pool of “whitewashing the far right”. Last week, Silverman appeared on The Young Turks to spew his bile over Pool, something Cenk Uygur and Ana Kasparian have been doing for some time as well as to Jimmy Dore.

The not so big question is why? A big reason is because of his success. The Young Turks may have over five million subscribers on YouTube, but since Cenk sold his soul to the Democratic Party, the website has gone downhill. Others in ostensibly independent media have been similarly compromised by big money. Pool’s earnings come overwhelmingly from his viewers, mostly ordinary people who send him at times quite large donations, so he appears to be doing something right. If his enemies can’t kick him off the Internet, they are determined at least to banish him from YouTube. Hopefully, that won’t happen, not now that large tranches of the public in America and the world over have looked behind the curtain, and are no longer prepared to be manipulated by the media anymore than they are by their governments.

tom pool is the next oprah! Nice to see this site going into the comedy business. 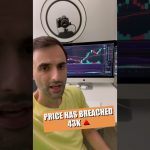 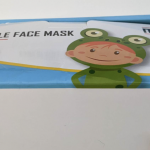