Social media, YouTube especially has created many stars, people who have large or even massive channels and upload videos on a daily basis or more frequently. People who deal in especially news and analysis are a breed apart. Some have been going for a long time, for example, Alex Jones started out in radio. Although he still has a presence on YouTube, he can be found only on other people’s channels, having been booted from all social media because the men who control it grew tired of his particular brand of infotainment.

While he has covered many off-beat subjects, Tim Pool is an entirely different animal. Pool started out writing for left wing websites, doing on the ground reporting from the Occupy Wall Street protests to social unrest in Turkey. Although live streaming is now taken for granted, he was doing this back in 2011, from a humble mobile phone. He now has three YouTube channels, two of which each has over a million subscribers. Live hangouts from his studio have featured a wide range of interesting guests, none more so than Yeonmi Park who participated in a two hour plus programme last week.

She was born in North Korea but escaped to the West as a child by a long, tortuous path. The story she told about her native land was mind-blowing, but after attending an American university she made the startling comment that “wokeness” is even worse than the brainwashing her countrymen are forced to undergo.

Since he first reported on Occupy Wall Street, Pool has been on the up and up; he has had no trouble raising money for his media ventures, probably because he has an easy going personality and connects with his viewers by honest reporting and commentary, unlike most of the mainstream American media. YouTube superchats bring in a steady stream, but he has far grander ambitions. His website has a members area, and the Chicago native has relocated with his small, dedicated team to somewhere “deep in the woods” where they are already planning bigger and greater things, including concerts, other entertainment, and hiring more journalists to expand their reporting.

Pool is interesting to a point. He always sees a crisis in the offing. Other than slight hyperbole he is level headed. I wonder if he is bald headed?

Tim is the real thing. His trajectory is upward and away. 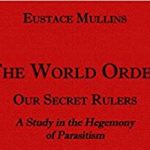 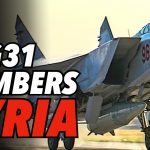