Jimmy Dore joined The Young Turks in 2009, parting company with them two years ago to concentrate on his own show and live performances. Obviously, there haven’t been many of these since COVID, but his YouTube channel has well over 850k subscribers, and his website has a premium section.  He’s doing well.

Dore’s comedy isn’t to everyone’s like, nor is his straddling the fence to call out the lunatics behind the Western war machine. He has mocked Russia-gate, appeared on Tucker Carlson’s programme, and has also championed Tulsi Gabbard, who is cut from the same cloth as Tucker.

When The Young Turks started out, they were fiercely progressive; love him or hate him, main man Cenk Uygur wasn’t afraid to call out the war mongers either, but since they were bankrolled by Democrat plutocrat Jeffrey Katzenberg, TYT is hardly recognisable.

This has led to Dore attacking them bitterly, but with irrefutable facts. Recently, he clowned Ana Kasparian for wearing a skirt that was more of a belt, and now, he has been #MeToo-ed by Ana and Cenk.

Kasparian joined TYT the year before Dore, she was young, very attractive, and never shy about showing cleavage. Now, probably because she is nearly 35, and more importantly a married woman, she dresses more conservatively. According to Kasparian, she was constantly sexually harassed by Dore five years ago. But she didn’t say anything because she didn’t want to get him fired. Ana Kasparian may be many things, but a shrinking violet isn’t one of them; any man who crossed her path in that manner would swiftly be put in his place.

Obviously, accusations of this nature are largely he said/she said, or more often she accuses/he denies. Cenk would have his viewers and the world believe he was outraged at Dore’s “misogyny”, this from the man who once called Michelle Malkin “a racist whore” for pointing out candidly that Islamist terror was the biggest threat faced by the West and indeed the world. Dore’s response was to parade in front of his viewers an hour and a quarter of Cenk and Ana portraying women as, well, let’s just say this is a family show, but if you want to see it for yourself, check out Dore on YouTube. The Young Turks are far from the only people who appear to have forgotten that unlike them, the Internet doesn’t forget.

Whether or not this ugliness between Dore and his former chums continues, expect to see him move further to the right once he realises how dumb is the concept of a minimum wage. And expect to see TYT become unrecognisable as it morphs further into a mouthpiece for the Establishment it once professed sincerely to fight.

“… expect to see him move further to the right…”. No, Dore is moving further to the Left. Those of us progressives who have abandoned the Liberals have moved so far Left that we can shake hands with Libertarians.

I am an old-school liberal progressive whose party has left him. Jimmy Dore is not becoming more right-wing, he is just staying progressive as TYT sells out to the CIA and the corporate Democrats.

That is asinine. Jimmy is much too smart and too honest to pander to the right. We were all disappointed by Tulsi Gabbard(although it didn’t take me long to suss out her relationship with Morsi, a right-wing Hindu nationalist), Bernie and the squad, especially the squad. Jimmy is his own man, a self-described jag-off night club comedian. We listen to him because we know he won’t sell out like the rest. As for TYT, they are finished as progressives. Anna is a vulgar slut, giving the finger on air. Time to let them die.. 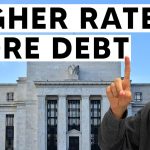 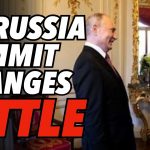