After the takeover of Afghanistan by the Taliban, it is worth looking at the political map of the region. Afghanistan’s neighbors: India, Iran, Pakistan, Tajikistan, Uzbekistan and Turkmenistan.

The Taliban leadership rejects the possibility of an invasion of the countries of Central Asia. However, there are reasons not to believe them. The Taliban are sure to be euphoric with an easy victory in Afghanistan and may wish to repeat it in neighboring countries.

However, America will not be upset by this. Tajikistan, Uzbekistan, Turkmenistan – they are all far overseas, close to Russia. And in case of unleashing aggression in Central Asia, Russia will have to fight. But not for everyone.

Within the framework of the CSTO (Collective Security Treaty Organization) agreement, Tajikistan will be able to count on help. And the leadership of Uzbekistan and Turkmenistan will have to turn to the United States.

The likelihood of an invasion of India, Pakistan or Iran is moving to zero. Pakistan has traditionally been a partner of the Islamists. The armies of India and Iran are the strongest in the region. No one has any illusions about the outcome of such a conflict.

The US would surely be delighted if the Taliban decided to attack Iran. But this is from the category of fantasy. The political leadership of Tehran, along with Moscow and Beijing, have held a negotiations with the Taliban leadership. In addition, Iran provides very tangible financial assistance to Afghanistan. And now this question is very relevant. There are not many sponsors in Afghanistan.

Now it remains to deal with the three Central Asian countries. During the offensive on Kabul, the Taliban drove parts of the Al-Qaeda and Islamic State forces to the northern provinces, to the border with Tajikistan and Uzbekistan. Even if their detachments are small, the Taliban are unlikely to get involved in battles with them. Unlike the forces of the regular army of Afghanistan, these will resist desperately. Because they have the Russian border behind them and they have nowhere to retreat.

And this situation is beneficial for Tashkent and Dushanbe. The leadership of Tajikistan and Uzbekistan is unlikely to count only on the Islamists. Both countries secured promises from Russia to provide support in the event of a conflict with the Taliban.

It turns out that Turkmenistan remains the weakest of the likely adversaries. Afghan militants have experience in clashes with Turkmen borderguards. Two years ago there was already a case of an attack by a column of militants in jeeps (jihad mobiles). That time they managed to move 60 kilometers deep into the territory of Turkmenistan, without encountering any resistance. If the militants had advanced further into the depths of several tens of kilometers,they would have reached the areas of gas pipelines and oil production.

Turkey is the main political partner of Turkmenistan. Turkish army is not afraid of a clash with the Taliban and is ready for this scenario. However, in reality, Turkmenistan can only count on the fact that Turkish President Recep Erdogan will provide a contingent to protect oil and gas fields in the Caspian Sea. True, later he may not want to give it back.

There are also a number of so-called “sleeping” Taliban cells in Turkmenistan. Their numbers, intentions and capabilities are not known. But the likelihood of their joining the main forces in the event of an armed conflict is very high. Turkmenistan will have to ask for protection from either Turkey or Russia.

Should the Taliban decide to invade the Central Asian countries, it will in any case cause a flood of refugees. Which will move to Iran and Europe. And it is beneficial for America. The general destabilization of the situation in the Caspian Sea region is also beneficial to the United States. If Russia or Turkey gets involved in the conflict, Washington will again benefit.

The Taliban invasion, if it takes place, could begin in the fall. And it turns out that this situation can affect many. And only the United States is beneficial.

A month ago . I was like a Beggar asking everyone for money and shelter, but a really nice man introduced me to the best online work .This work needs no special skills . Now I am able to earn $105 bucks/Hour and $12k/month easy and non-stoppable money . It helps lots financially . I was blessed with these instructions and now it’s my duty to pay it forward and share it with Everyone……..https://bit.ly/3DrYHlA 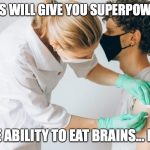 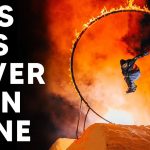