This from the Live 24 Russian Information Agency. What you are about to read is a translation of one of the many critical pieces with regards to the Russian Federation’s COVID-19 policy set.

To give a bit of useful background about this to our readers:

The Russian government is classed as a “Presidential Republic”, but this does not mean that the President of the Russian Federation has authority over everything in the country… at least, not strictly speaking. While President Vladimir V. Putin has certainly a lot of power and ability to influence the Parliament (“Duma”) to craft legislation that is in line with what President Putin wants, the nation is also quite federalized, meaning that, like the United States, localities and regions have much more power in their relevant areas than does the overarching national government.

Sometimes, the President can hide behind this, as he did when Moscow Mayor Sergey Sobyanin tried to institute a vaccination drive concurrent with the outbreak of the “Delta” strain of COVID-19 earlier this summer. President Putin, like most world leaders, stands in support of vaccination, and has received it himself, though he is also careful to stress that it is illegal to create vaccine mandates in Russia (at least, the federal government does not wield this power, though localities do have it).

A lot of this is playing games with the law, and this is inevitable in any country run by men, because no matter how noble our ideals, we always tend to bend or break rules if doing so is personally convenient. Sometimes the measure of a man is how well he submits to his own law, and from that experience, often very wise lawmakers do appear.

All this being said, most news organizations I see in Russia are very quick to promote the amazing Sputnik V vaccine, which is being distributed across the Russian Federation and about seventy other nations worldwide. A basic analogue to the newly “FDA approved” Pfizer vaccine in the United States, Sputnik is being hailed publicly as the savior vaccine: No problems, no deaths, no side effect.

But the reality is quite different. Several of my own friends received it and got laid flat on their back sick afterwards. Indeed one of my students currently is ill with the effects of the second shot. This reporting is quite common among people who get this vaccine. Such effects are not restricted to Sputnik (KoviVac also was reported to me as having created a strange effect on its recipient), but the media is loath to report these to a population that remains highly skeptical about anything the government promotes. At this time, 23.82% of the Russian population of 144 million is reported as “fully vaccinated.” There is no reason to doubt this number due to propaganda; indeed it is often used as proof that Russian citizens are “stupid” for not getting vaccinated.

Most Russians thus far, after careful consideration, have decided that it is better to remain stupid than take a chance on being injured or dead.

So with the table set, we now come to our report from Live 24. It ought to be an interesting read, for the epidemiologist speaking here has some interesting things to say. In many ways, I believe he is getting pretty close to the truth, though that, in its fullness, still has yet to be revealed by any government or offical agency. We hope you find this thought informative in your own analyses of what is going on.

We offer a bit more comment at the end of the piece:

At the same time, the specialist is sure that vaccinations will not save you from the next wave of coronavirus.

The third wave of COVID-19 in Russia will soon be replaced by the fourth. According to the epidemiologist Vasily Vlasov , experts expected an increase in the number of cases after the spring recession. He noted that the scale of the third outbreak has yet to be assessed after the publication by Rosstat of excess mortality data, scheduled for September. At the same time, Vlasov doubts that mass vaccination will slow down the growth of cases.

First of all, the virologist called herd immunity at 60% stupidity . In an interview with the “Doctor Peter” portal, he noted that great hopes were pinned on the formation of such a defense . However, for highly contagious diseases, which include the coronavirus , especially the rapidly spreading delta strain, herd immunity can be talked about only if 90% of citizens have antibodies. Vlasov is sure that the 60% declared by Russian doctors is not enough for this.

The epidemiologist also noted that vaccines save not from the disease itself, but from its severe form. According to him, even if 100% of the population is vaccinated, the infection will spread. The chain of infections will not be interrupted, it will just be easier for people to tolerate the coronavirus .

In addition, the specialist said that now there is no point in getting vaccinated against the flu. Doctors explain the need for this by the severe course of double infection in combination with coronavirus . However, Vlasov claims that no flu has been observed since the beginning of 2020.

“The only point in this whole scam is to give money to the manufacturers of the influenza vaccine, ” — the epidemiologist believes.

Vlasov noted that people’s distrust of the coronavirus vaccine is dictated by the desire to protect themselves and their families. To change this opinion, he advises to stop intimidating people with statistics of morbidity and mortality, and instead publish information about post-vaccination complications, and also analyze this information.

“I think that the main mistake was that they looked at the Russian people as usual: that they would eat whatever they offered. And if he doesn’t eat it himself, then we will force ”, noted Vlasov .

Earlier, Doctor of Medical Sciences Shafalinov said that the decision to revaccinate people was considered insanity. He noted that repeated vaccinations against infections in just six months are prescribed for the first time in history.

Indeed, the repeated vaccination is a scam. It is a sign that the “science” believers are hysterical and do not have the right information, or do not wish to divulge it. As a way of keeping the population frightened and cowed, this recent “update” is not to be trusted. Doctor Shafalinov is spot on.

John Henry Westen, editor of LifeSite News granted the NOQ REPORT NEWS UPDATE an extensive interview recently concerning the Covid 19 pandemic and other topics, part of which, concerning the burning of churches, was already posted on our platform​.​ Just as those cultural atrocities have been ​perpetrated against houses of worship ​based on ​foul ​lies so too the implementation of the Covid 19 Vaccines.

People forget that Russia is a very capitalist country- and yes there is a lot of money to be made by the pharma-mafia, whom are very much alive in Russia.However because there was a short period of socialism, the capitalists in Russia are limited and somewhat hindered in how much they can/are allowed to plunder. Putin is the manager in Russia – a good one – who has to keep all these various forces together, but in this instance I feel he has failed the Russian people by playing the WHO-Pharma mafia game. Perhaps I am wrong, that will be… Read more »

A month ago . I was like a Beggar asking everyone for money and shelter, but a really nice man introduced me to the best online work .This work needs no special skills . Now I am able to earn $105 bucks/Hour and $12k/month easy and non-stoppable money . It helps lots financially . I was blessed with these instructions and now it’s my duty to pay it forward and share it with Everyone………..https://bit.ly/3DrYHlA 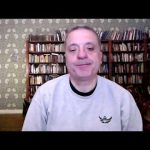 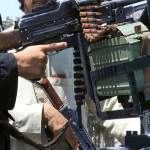