As US Flounders in Afghanistan and Vietnam, Putin and Xi Coordinate Their Moves
News Topic 263

On August 25, 2021, President Xi Jinping had a phone conversation with Russian President Vladimir Putin. Xi Jinping pointed out that since the beginning of this year, China and Russia have taken the celebration of the 20th anniversary of the signing of the China-Russia Treaty of Good-Neighborliness and Friendly Cooperation as a new starting point to promote strategic coordination and comprehensive practical cooperation between the two countries.

In the context of the 20 th anniversary of the Treaty of Good-Neighbourliness and Friendly Cooperation, the presidents noted with satisfaction that the Russian-Chinese strategic partnership has been developing progressively and dynamically. The main thing is that both sides are interested in further strengthening cooperation on the entire complex of issues on the bilateral and international agenda.

While discussing the situation in Afghanistan, both sides stressed the importance of maintaining peace and security in the country, preventing violence and establishing an inter-Afghan dialogue that would facilitate the formation of an inclusive government that takes into account the interests of all segments of the population.

Dollars vs Euro.File Photo:VCG As the US seeks to impose sanctions against Afghanistan and stop much-needed global assistance to the country, the already-emerging global de-dollarization push could further accelerate with countries increasingly adopting alternatives to the US dollar.

Finally! There is a great way how you can work online from your home using your computer and earn in the same time… Only basic internet knowledge needed and fast internet connection… Earn as much as $3000 a week…Try now………………. http://www.ExtraRich1.com

This Neo/lib humanitarian interventionist crusade to try and make very different cultures like us,it’s OVER!!,In every brown,yellow and black person around the world,there isn’t an American trying to get out..

masterful analysis the detail is wonderful who else does it like Alex.
The grownups will not tolerate anarchy for profit.

For info: Michael B Kelly, Business Insider, 3rd November 2012:   “The US effort in Benghazi was at its heart a CIA operation. The State Department presence in Benghazi provided diplomatic cover for a hidden CIA mission, which involved finding and re-purchasing heavy weaponry looted from the Libyan government’s arsenals, specifically the 20,000 MANPADS SA-7, surface-to-air anti-aircraft.   A Libyan ship, the Al Entisar, carrying at least 400 tons of cargo, docked in southern Turkey on 6th September 2011, described as the largest consignment of weapons headed for Syria’s rebels on the frontlines. The man who organized that shipment, Tripoli Military Council… Read more »

You are regurgitating old info most of us are quite aware of, it was called Project for a New American Century,those behind it were arch neoconservatives like Bill Kristol, along with the Kagan family. These are Facts that alt- media savvy people know, there are No msm sheeple here .This is a New era and what we are dealing with is the post American empire world, and how the West survives in a world it No longer controls, after half a millennia of occidental domination, the power of China, also that the Asia and Eurasia will be the centre of… Read more » 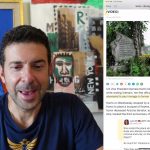