VP Joe Biden recently is on record for saying the American people do not deserve to know what Mr. Biden plans to do about the Supreme Court. Out of context? Maybe, but also… maybe not. He still responded exactly thus:

Or is this something else: perhaps the cries of a cornered animal?

Mr. Biden is in deep doo-doo with his party, and I believe he is VERY cognizant of this fact. In fact, I will even wager that his position as front man is getting to him, and that this is what is driving his anger.

It is simple enough to see why he cannot answer:

This poor, poor man. I do not want him to win, and his ideology is and has been his decision to espouse all his life, and he has faithfully adhered to racism and bigotry and lying compulsively and incessantly. He made these choices, but it is still very sad to see him reaping what he himself helped sow.

My bet: He is the most unwilling candidate for the Presidency in American history. Probably cannot sleep at all for fear of what comes next whether he wins or loses.

But it goes much farther than that. CNN’s Jake Tapper even went on the attack against Biden’s Campaign Communications Director Kate Bedingfield when she tried to make the absolutely absurd claim that somehow there is a “Constitutional” working in not letting Supreme Court Confirmation hearings proceed in this runup to the election. The hapless director cannot speak about the Constitution at all, let alone defend her candidate and boss.

“Voters are being denied the right to have a say…” Seriously!?

Voters do not confirm Supreme Court Justices. Senators do. QED.

This is what happens when you send your kids to college, America. You might want to save those tens of thousands in tuition and fees, and have your kids work for a living. This is egregious.

When I retired and downsized I gave my 2000+ book collection to our local library. Later after I had a part of my lung removed I went to the YMCA for rehab. I was absolutely shocked at how often the young college students had to use phone searches for almost everything. I would not have been surprised if they had to look up the spelling of their name. Today college is a waste. There are so many online resources for people to learn at a fraction of the cost. I do CGI graphics as a hobby and ongoing learning quest… Read more »

No better in Europe. Our education systems have been seriously degraded.

Sad to hear although not unexpected. When worked in Plymouth eons ago I was pleasantly surprised to see a friends daughter basically using the same books I had used back in the 3R days.

Yes, in the “hard sciences” the USA text books are far better in my experience, for the English language.

However the social sciences have been “hi-jacked” by political activists who are sophistic radical people.

Of course there are many, many more at every level in academia who have been “bought”

Biden will win–the media know this. The idea that AOC will kill Biden is stupid beyond belief–only the CIA is allowed to do that and have done it. This bizarre obsession the right-wing has with the left, as if it was a threat (it isn’t even remotely a threat to the corporate oligarchs if it was it would disappear tomorrow). The current zombie left is a well-engineered operation to divide the public so they will passively remain supine to the fact wealth is being rapidly transferred from the middle and working classes to the wealthy–there is no other reason for… Read more » 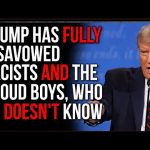 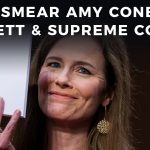