Biden Campaign, Media Attempt To Redefine ‘Packing The Court’ In Attack Against Republicans Over ACB.

As the Senate Judiciary Committee begins its examination of President Trump’s nominee to the Supreme Court, the Biden Campaign seeks to redefine the meaning of ‘packing to court’

As Democrat presidential nominee Joe Biden continues to refuse to say whether he would pack the US Supreme Court if elected president, his campaign – along with his supporters in the mainstream media – are attempting to redefine what it means to “pack” a court. The concerted attempt to redefine …

I’m not “demonizing” the court or Mrs. Barrett, I just think 7 Catholics and 2 Jewish does not provide the diversity in upbringing that The USA needs right now.. One would think that with Protestants comprising 48.9% of the USA, we could find at least one to put in this critical life appointment. I’m R not D but I believe we need to show a commitment to diversity.

And just what do you have against white supremacy?

America is extremely diverse and I believe in equal representation.. It’s obvious you are racist.

As democracy is slavery by the the 51% most wealthy and greedy,
a Supreme Court is most essential to keep the 49% working-poor
in submission by poverty and killer-cop terrorism.

President Maduro and President Chavez have reduced poverty by 50%, built so many millions of homes for the poor that no one is homeless in Venezuela, and both have won all of their elections by over a 65% majority.

On the other hand, Trump lost his only election by 3 million, was still given the White House by a brutal and imperial Empire, and is Dictator over a regime that has: Over 25% of all the prisoners on earth in it’s jails and prisons, has the most children locked in cages, and has deliberately murdered 215,000 victims by Covid 19. 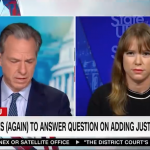 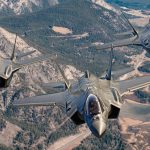