Emotet is a form of malware; topically it is believed to have originated in Ukraine. Although it has been around since 2014, one major anti-virus company and a number of other cyber-security professionals are warning of a new onslaught.

There are many different types of malware. Some are relatively harmless; some damage your hardware; some are designed specifically to rip you off. Emotet falls into the third category. So what is it?

Emotet is a Trojan, one that “flies under the radar”. It is causing such concern internationally that at least one video about it in Japanese was recently uploaded to YouTube, probably because Daiichi Sankyo – a Japanese company with around fifteen thousand employees – has been targeted. If you receive an e-mail from the domain daiichisankyo.co.jp, beware.

Emotet is spread largely through spam e-mails. It targets mostly businesses – small ones as well as large ones – but don’t think it won’t infect your PC given the chance.

It can steal sensitive data – especially data related to banking and financial transactions. It also acts as a host for other Trojans; there are some horrible people out there. Very often, Emotet will arrive in an e-mail from someone you think you know, perhaps from your contacts list. The name of the person may show a different e-mail address from the one you recognise, so that is something to look out for.

Early last month, Microsoft took steps to protect Windows 10 and Windows 11 users by disabling one of its installers.

In February last year, the FBI announced it had taken down a major Emotet network, although there was no mention of any arrests in its media release. Hopefully, they and other global agencies will have more success this year.

To avoid or at least minimise your chance of infection, ensure you use a good anti-virus program like AVG (a personal choice) or Norton and run it at least daily. 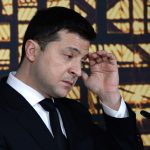 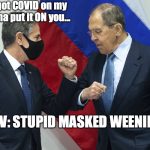