On 12 March 2014 a historic 10-minute video was uploaded to youtube that acquired over a million hits since then, and that presented and truthfully explained a compendium of video-clips which had been uploaded to the Web during the 2014 overthrow and replacement of Ukraine’s democratically elected President, Viktor Yanukovych, who had been called to the White House right after his 2010 electoral win and was asked by Obama to help to push his country toward joining NATO (though all of the opinion polls that had been taken of the Ukrainian public showed that the vast majority of Ukrainians viewed NATO to be their enemy, no friend of Ukraine). Yanukovych said no, and the Obama Administration (with the help of Google corporation) began by no later than 2011 to organize their coup to take down and replace Yanukovych so as to get Ukraine into NATO in order for America to become able to place its missiles only a five-minute striking-distance away from Moscow, for a retaliation-prohibiting blitz nuclear first-strike attack.

The 2014 coup in Ukraine was about two things: getting Ukraine into NATO, and seizing Russia’s biggest naval base, which ever since 1783 has been in Crimea, which (Crimea) the Soviet dictator had transferred to Ukraine in 1954 while still continuing Crimea as the Soviet Union’s biggest naval base. Obama, already by no later than June 2013, was planning to grab that naval base and turn it into yet another U.S. naval base.

However, in order to get that coup-installed new regime to last as being a ‘democracy’, Obama needed to be sure that Crimea, which had voted 75% for Yanukovych, and that Donbass, which had voted more than 90% for Yanukovych, be ethnically cleansed of those especially favorable-toward-Russia voters. So, promptly as soon as the Obama-installed government received the reins of power in Ukraine, Ukraine’s top generals were replaced by rabidly anti-Russian ones, who planned this ethnic-cleansing of those ‘terrorists’, in what they called their “Anti-Terrorist Operation” or “ATO,” in, especially, Donbass. (Donbass is the farthest-east part of Ukraine’s “East” as shown in slide 26 here, and you can see there that ONLY Crimea was even more anti-U.S. than was Ukraine’s “East.” Donbass was the most pro-Russian part of that “East.” Those were therefore the two regions where Obama especially needed the ethnic cleansing, the “ATO.”) But it also was done in Odessa, and in other Ukrainian cities that had voted heavily for Yanukovych. This would be the ‘democratic’ way to produce a permanently nazi-controlled Ukraine.

The Obama Administration, and the IMF (which the U.S. Government controls) were demanding that Ukraine quickly conquer Donbass; and, since the only air power over that region was Ukraine’s Air Force, Ukraine relentlessly bombed Donbass. One of their bombers got shot down, but that was only a minor loss for the U.S.-installed regime. Overall, the bombings caused massive devastation in Donbass.

Nonetheless, the U.S. Government’s hopes for a military conquest of Donbass were not fulfilled; and this got us to the current situation.

When, on 15 February 2022, the U.S. Government closed its Embassy in Kiev and relocated it to Lviv (which is the Ukrainian city that was the most ardently pro-Hitler during WW II), it scrubbed from its computers, and from the Web, its correspondences concerning the secret joint U.S.-Ukrainian bioweapons labs that have been built in Ukraine since the Obama coup. (Fortunately, at that link, one can find archived versions of those destroyed documents.) The U.S. Government likewise had established secret Pentagon bioweapons labs in Georgia.

The U.S. Government not only allows Ukraine to firebomb Donbass, but America’s think tanks that have discussed those firebombings have said the Ukrainian Government needs to do more of it.

Ukraine’s nazis also target school buses, so as to kill children, in parts of Ukraine that had voted heavily for Yanukovych.

Furthermore, in the more rightwing parts of Ukraine, nazis are invited into classrooms in order to spread anti-Russia hate and provide literature encouraging the students to join their movement.

This was the situation before Russia invaded Ukraine on 24 February 2022.

I saw the rise of the Ukrainian far-right assisted by aparatchiks of a black American president , and when Obama was called out, he denied it and called it Russian proboganda.. The evidence is there, I saw the Aryan brotherhood flags with the Celtic Cross insignia, along with Rebel battleflag along with the reverse Nazis Swastika ,draped over public Ukraine government buildings. The absolute hypocrisy of these liberal types is galling as they infere that president Trump is responsible for the rise of the far-right in the the US.. It will bite the US in the backside, as some ex… Read more »

President George Bush Jr and Barack Hussain Obama are the worst war criminals of this Century..

I agree with everything you say but I believe Timothy McVeigh was just a patsy, had no involvement in the Oklahoma bombing and has reportedly been seen since his ‘execution’. The bombing was such that he couldn’t have possibly been responsible.

Prior to 1939, Lwow (as it was spelled then, or Lemberg, the old Austrian name, was a city with a Polish plurality, a large Jewish minority, and a Ukrainian minority. Stalin redrew the boundaries and forced the Poles to resettle to nearby Przemysl which remained Polish, or much futher afield, to the German territories the Stalin regime awarded the Poles in return for “adjusting their boundary 200 KM westwards. The Ukrainian SS squads made up many of the Einsatzgruppen who liquidated the large Jewish population in the area, and these SS units, supporters of nationalist leader Stepan Bandera, became the… Read more » 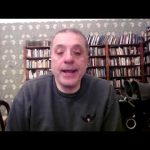 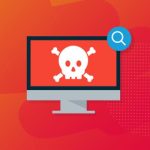