Confirming your date of birth and other personal information, including perhaps a secret question – like the name of your first pet – is nothing new when dealing with national and local government departments. And of course banks and other organisations that handle financial transactions have similar security features, but entering your actual date of birth in order to watch a video is a new thing.

Recent developments with official investigations, especially in the United States, have left no one in any doubt about either the volume of personal information collected on us or the use it is put too. Your Facebook account is free because you are the product as well as the user. If you want to limit the amount of personal information you give out to private companies, there are ways to do so. One is to use a virtual private network for most of your surfing.

The TOR browser allows anonymous surfing, while both Firefox and Opera allow you to set up anonymous browsing. Firefox now allows you to do so through a number of designated countries. Some anti-virus programs also include VPNs. AVG is one of the best anti-virus programs if not the best. Its VPN and indeed all its software is very reasonably priced, and its on-line support is second to none.

Of course, none of this will allow you to watch a restricted YouTube video without entering your date or birth, or a date of birth. If you don’t want to enter a false one or a totally false identity, there are sites out there you can watch videos without doing so. When it comes to social media or buying on-line, there are alternatives to Facebook and Amazon that will not ask for irrelevant personal information to sell on to corporations or pass on to the Government of China. One such social media outfit is Parler, which has been much in the news recently because of an outrageous attempt by Amazon and others to destroy it.

Parler and especially one of its investors, Dan Bongino, have been organising a fightback against these sorts of practices and the cancel culture that has sprung up with the growing power of massive tech companies. It may not be possible to stop the spread of state surveillance, but by refusing to patronise private corporations that spy on us, or by using them as little as possible, it may be that we are able to make them rethink their position. And it isn’t just us little people; the way they treated Donald Trump and eventually rigged the election against him shows that no one is safe. Mark Zuckerberg and especially Jack Dorsey should bear that in mind.

Not keen on AVG.

A lot of machines come loaded with AVG and it cannot be deleted.

Try that and see what happens.

All in all “TheDarkMan” you are “nuanced” author.

I’m surprised AVG cannot be removed where pre-installed on a machine. There must be a way surely? I’ve got Kaspersky free on my Windoze.

I abandoned Google completely some time ago and recommend others do the same. Avoid the Chrome web browser and use Firefox and/or Brave as a web browser instead. Use StartPage, DDG or Qwant as your search engine in place of Google. I used Dr.Fone to root my Android phone and removed the Google apps incl PlayStore. For downloading various apps use F-droid and APKpure. YT is so yesteryear. Bitchute, Rumble, Brighteon, Odysee, Vidlii, Dailymotion – there’s a wealth of alternative video platforms which aren’t censored and controlled by corporate narratives and agendas. I’ve never had Farcebook or Twatter a/cs and… Read more »

Anyone here know some alternative resources for iphone? I have never known of any way to surf without using Safari on my iphone 6. Ps: I’m not a tech genius so be kind to me 😉 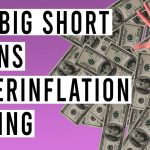 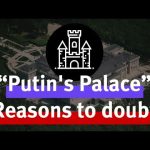