The American Civil Liberties Union was founded in January 1920. It has always leaned far more to the left than to the right although at one time it would openly defend the rights of the Ku Klux Klan. In 1979, one of its leading members published DEFENDING MY ENEMY: American Nazis In Skokie, Illinois, And The Risks Of Freedom. Aryeh Neier was a German Jew who was brought to America as a baby at the last moment. His and the ACLU’s defense of the American Nazi Party is said to have been responsible for some thirty thousand members leaving the organisation.

Neier (who is still alive) was a passionate defender of free speech for all. Sadly, the ACLU no longer seems to understand what free speech is, either that or the people who maintain its website are willfully ignorant. Here is one example. Under 10 Books Politicians Don’t Want You to Read, we find the following:

The Bluest Eye by Toni Morrison

Stamped: Racism, Anti-Racism, and You by Ibram X. Kendi and Jason Reynolds

All American Boy” by Jason Reynolds and Brendan Kiely

The Hate U Give by Angie Thomas

Between the World and Me by Ta-Nehisi Coates

Do politicians really not want members of the public to read any of these books? No! This is actually a list of books that have been deemed unsuitable for the young to read. Indeed, adults, especially parents, most definitely should read them so they understand the sort of filth that is being peddled to their young ones disguised as education.

Toni Morrison was an acclaimed novelist. Without commenting on her obsession with race, it is clear this book could be considered age inappropriate because of its sexual content. A search on worldcat.org reveals 24 libraries in the State of Georgia alone hold the book.

Heather Has Two Mommies. All Boys Aren’t Blue, Gender Queer and Melissa are all pure sexual propaganda of the worst type. Gender Queer is said to be a memoir by a young woman (who is obviously not right in the head), but even she says her book should not be in elementary school libraries.

Gender Queer was discussed here in October 2021, as was Lawn Boy, which likewise has no place in a child’s education.

The other books on this list are the type of toxic race garbage that is being pushed on American kids now and has been for some time.  Kendi’s solution to the mythical race problem is to turn America into a police state, as explained here. Leaving that aside, the guy is a clown. Here is a short video of him contradicting himself.

It may be that many politicians don’t want people to read these books but are they actually under fire? Is anyone trying to ban them rather than simply remove them from environments where they can adversely affect young, impressionable minds? if you think this is a bad thing, check out the mother who phoned in to Kellie-Jay Keen-Minshull’s live YouTube hangout and told how her thirteen year old daughter wants to have he breasts surgically removed. Check out the Matt Walsh film What Is A Woman? The young don’t need this kind of poison infecting their minds, and especially teenagers who are going through profound physiological and psychological changes don’t need some pervert whispering in their ears, telling young boys they should drop their trousers for their classmates or young girls they can actually become boys if only they will take life-changing drugs and shorten their lives with insane surgery.

Does the ACLU really defend this in the name of free speech; if so, what has become of it?

Free speech is one thing but corrupting the minds of children is another.

ACLU? Are you referring to the American Corruption and Liars Union?
“‘Has it become a racket yet?”

The American Civil Liberties Union (ACLU), was always a Marxist Organisation, and its co-founder Roger Baldwin stated in 1935 “I am for socialism, disarmament, and, ultimately, for abolishing the state itself… I seek the social ownership of property, the abolition of the propertied class, and the sole control of those who produce wealth. Communism is the goal.”

There are already Pornography laws within the United States, which could be used to ban the paedophile Groomer literature these demons from are pushing, with their ‘Under 10 Books Politicians Don’t Want You to Read’.

“Neier (who is still alive) was a passionate defender of free speech for all. Sadly, the ACLU no longer seems to understand what free speech is,…..”  These Marxist use ‘Freedom of Speech’, to divide and conquer the society they parasite off, and when they gain enough Political power, through bribery and blackmail (Epstein/Maxwell political blackmail), they restrict ‘Freedom of Speech’ for those who call out their nefarious behaviour. The First Amendment to the United States Constitution protects freedom of speech, and for a very good reason. The Founding Fathers of the United States were acutely aware, that without the freedom… Read more » 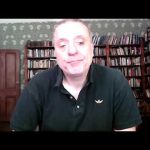 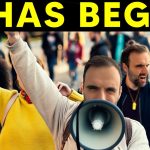