The short answer is less than the American media, although maybe not for long. The senility of Joe Biden and the total corruption of his entire family is now so out in the open that even CNN can’t totally ignore it. There are signs too that both progressives and mainstream Democrats want to get rid of him: the former because he hasn’t implemented all their insane, suicidal policies; the latter because he has implemented too many of them, and they realise that they won’t be able to turn America into a total police state, so will have to pull back at least until November. And Indian media?

The English language news channel WION has over 5.7 million YouTube subscribers. Here are a few of its recent Biden headlines.

August 24 last year: How Biden misled the world on Taliban

A vicious takedown by Palki Sharma, vicious, objective, and totally accurate, condemning him out of his own mouth.

November 16: Xi-Biden meeting: US President fails to secure any breakthrough

Described by the Gravitas programme as a fruitless meeting, which is hardly surprising as Biden is clearly the junior partner in their so-called friendship.

January 20 this year: One year of Biden: No better than Trump

which is a bit like saying the bubonic plague is no better than the common cold. Trump’s response to covid is described as borderline hilarious – seriously? But Biden’s was even worse, says Gravitas.

Trump’s reaction was to block international travel, something that was condemned as racist, but…watch Nancy Pelosi lying out of both sides of her mouth in these two very short clips from 2020. Trump’s actions saved lives; Biden’s were a crude attempt to turn America into a total police state and also to shut down the Republican opposition, something the Democrats initiated during Trump’s tenure.

April 5: Secret service spends $30,000 to protect Hunter Biden is a very unflattering report, and now, thankfully, many other media outlets are echoing the sentiment. India has a massive population and its own problems, but like most of the rest of the world it is increasingly watching developments in the most corrupt nation of the Western hemisphere, and perhaps hoping like ordinary Americans something will soon be done to put an end to the madness of allowing a senile crook to run the country, or at least to front for those who are running it. Into the ground.

Much of the republican establishment is in bed with the Dems and WEF. So, when Republicans start to talk about Vaccine deaths, Climate lie, and start to talk against war with China and russia, one could – maybe – trust them.

Kudos for the semi-optimism my friend, but sadly I must inform you that there are basically only 2 situations in an Amerikan politician’s life wherein they will cease lying: one is while they’re asleep, the other once they’re dead. 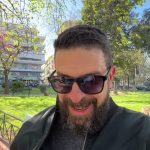 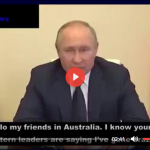