This ought to show the viewer and reader the following things:

I know this is a terrible scenario but if it is real, we need to be ready to fight. Really fight. Or, we will be swept aside before this tsunami of globalist secularism and the Soviet Union will look like Paradise by comparison.

Elder Ignatius of Harbin foresaw this. The excerpt below gives us the background behind the title of this piece. Elder Ignatius was an Orthodox Christian Priest.

Orthodox Christian prophecies include one attributed to the monk Elder Ignatius of Harbin (d. 1958): ‘What started in Russia will end in America.’

The prophecy is worth examining because it illustrates both the controversial appeal and the ambiguity of certain Orthodox prophecies.

Though the original source of the quotation is a mystery, Elder Ignatius’ words are often cited by Orthodox Christians, despite lack of consensus on what he may have meant.

Little is known about Elder Ignatius himself. According to Natalia Volkova’s memoir ‘Children of Harbin, Part Three’ (English translation by Katherine Ilachinski), at http://www.orthodox.cn/localchurch/harbin/2009childrenharbin_en.htm, his family name was Melekhin, and he resided at the Kazan Mother of God monastery in Harbin, China, starting in 1922. He is said to have been both blind and clairvoyant, as well as a confessor.

Various interpretations of his alleged quotation are possible. For example:

1. A cautious and conservative interpretation is that Elder Ignatius foresaw America becoming increasingly socialist in character, in a convergence with Soviet Russia.

2. Another interpretation is that Elder Ignatius expected religious toleration to diminish in America as it did in Soviet Russia, perhaps with the result of martyrdoms.

3. In a third and highly pessimistic view, Elder Ignatius is thought to have meant that America eventually would become a totalitarian state of the same brutal character as Stalin’s USSR, though still more oppressive and violent…

Despite his reputation for clairvoyance, there is disagreement about whether or not the words attributed to Elder Ignatius represent an actual prophecy (that is, a private revelation) or, instead, a mere extrapolation of trends observable in his lifetime.

I would really rather not see such horrors manifested. Would you?

Stalin tried to remove the Communist Party from the government, and elect people based on competence. The Swamp killed him.

This is an idiot bigger than all of Russia.

Can you please tell me, is this all that exists of the prophecy ‘What started in Russia will end in America.’ or is there more? If that’s all, I have a seriously different interpretation and a much more hopeful one at that. 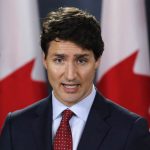 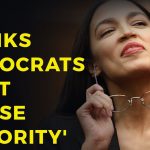