Some of you may have noticed the same thing I have: the last few days of broadcasting for the program Tucker Carlson Tonigh are broadcast from Budapest, Hungary. Most of us in America do not even think of Hungary, except to make jokes perhaps since the name of the country sounds much like our own desire for food.

But Tucker is there for a reason. Viktor Orban, the President of Hungary, has been leading his country into a very well-defined sovereign nation, even as it is a member of the European Union.

Orban revised the Constitution of Hungary in 2011, setting up support for traditional values, nationalism and a strong basis in Christianity. He established a flat 16% income tax rate. In 2015, even whole under the pressure of European secularism and globalism, he caused the construction of barrier between his country and neighboring Serbia, preventing the waves of Muslim refugees flowing north and west from Syria, Libya and other Middle Eastern lands from entering Hungary.

(Incidentally, these migrants did go all the way north to Sweden, Germany, the United Kingdom and many other lands, setting up for themselves entire zones governed not by the laws of the lands they were in, but by their own interpretation of Shari’a law, that brutal code of conduct that applies to both Muslims and unbelievers in their local area. The tides of political correctness were so much in favor of these refugees that their communities run in quite an autonomous manner, and when these people attack local nationals, even kill them, they get no accountability before their adopted lands’ legal systems because they are Muslim and must not be impeded because they are victims. Hungary sidestepped all of this unapologetically.)

Newsweek is among the American publications trying to simulataneously report on what Mr. Carlson is doing and slam it at the same time. We will quote from their piece, but with further comment afterward:

Tucker Carlson announced on Monday that his show is broadcasting this week from Budapest, Hungary, to coincide with his visit with Hungarian Prime Minister Viktor Orbán.

Tucker Carlson Tonight will be airing from the Hungarian capital as the Fox News host also plans to attend a far-right conference during his stay.

The event is called MCC Feszt, and lists Carlson as a speaker for a segment titled “The World According to Tucker Carlson.”

Carlson’s show was broadcast from Budapest on Monday night, where he confirmed it would be airing from there for the rest of the week.

Orbán is seeking a fifth term in office in 2022 and facing a tough challenge from an opposition bloc.

Carlson has lauded Orbán and his government on his show before, praising Hungary’s anti-immigration policies and labeling it a “pro-family country.”

“Hungary’s leaders actually care about making sure their own people thrive. Instead of promising the nation’s wealth to every illegal immigrant from the third world, they’re using tax dollars to uplift their own people,” he said on his program in 2019.

During the same episode, he also said of Hungary’s birth rate: “Hungary’s prime minister, Viktor Orbán, has a different idea. Instead of abandoning Hungary’s young people to the hard-edge libertarianism of Soros and the Clinton Foundation, Orbán has decided to affirmatively help Hungarian families grow.”

Insider reports, citing investigative researcher Anna Massoglia, that the Orbán government paid $265,000 to a DC lobbying firm in 2019 to arrange an interview on Tucker Carlson Tonight.

Orbán has been the subject of much criticism from many world leaders since he was elected in 2010 due to human rights issues in Hungary and for the autocratic control over the country’s media.

His government is currently under fire over findings by an international investigation that it used powerful malware to spy on politicians, journalists and other business figures through their smartphones, The Associated Press reports.

On Sunday, July 25, protesters hit back at Hungary’s rules to restrict “homosexual propaganda” as a Pride march went ahead in the capital.

The Hungarian government is planning to hold a national vote to exhibit public favor for a new law that bans the depiction of homosexuality and gender reassignment in school or media content for minors.

This, then is the text of the newspiece. What is interesting is that Newsweek, like most American and indeed Western “journals”, cannot resist painting this in the worst light possible. For some reason, adhering to Christian values has become the worst sort of crime in the minds of the media and those in power.

However, Tucker is looking at the truth of what these changes mean for Hungary. We have seen already some of what the changes are and what they mean from Dr. Steve Turley. We reflect to his video on Hungary here:

Hungary, Russia, Brazil and supporters of Matteo Salvini in Italy are all working to move their nations back to the values of sovereign nations: Christianity, Culture, Tradition. In particular the return to Christianity is vital, for many nations do hold on to their sovereign values, but these nations are Muslim, not Christian.

For some reason (we know what it is, but we are being facetious here), Christians have been seized with a sense of guilt to the point where they are easily cowed by any non- or anti- Christian person or group. All that group has to do is scream that the Christians are “oppressors” and “white supremacists” or “bigots” or “hateful” and the Christians bend over backwards to prove they are not any of these things… and they get completely overrun by people who despise Jesus Christ, His Gospel, and actually, who despise humanity (though they would never admit it).

Mr. Orban broke the slow slide in his country and has radically and swiftly moved his country back into the Christian center it used to hold as did most of Europe historically. He is unapologetic, and he is very popular, and governs as a populist.

This should be something that sticks with the reader: the population WANTS a return to Christian principles. They do NOT want secularism or globalism.

Guess what: That is true among many Americans. It may even be true amongst most Americans.

All we have to do is stop trying to placate our own perverts, racists, druggies, feminists and other professional victims. Christianity alone is the one religious view that has set women and slaves free. Islam doesn’t. No one else does. The only thing is that many people claiming to be Christian believers do not in fact understand or know anything about their own faith.

We might do well to learn (or relearn) the basics of the Gospel. Freedom is there. True equality is there. True liberty is to be found in Christianity, and nowhere else.

There is certainly a connection. And look at the US now under “supposed lifelong Catholic” Biden, who flouts his Church in radical ways. Unbeleiver, anti-Christian, and the country is falling apart.

The connection could not possibly be any more clear.

I visited Budapest in 2008 and last year in 2020. This year the borders were closed. All borderguards demanded was papers and no. Maybe Orban does a good job to keep the muslims out but the city center fastfood sector, in 2008 still fully Hungarian, has been usurped by the Turkish. The same is going on in Graz Austria and other EU states cities. Its all halal Kabab they offer. Apparently the european youth must like halal kabab very much.

“The Halal Guys is now a global enterprise, with 94 locations and over 400+ new restaurants in development worldwide.” It’s a global chain, they are all over the US as well. It’s just a chain, like Subway, or McDonalds etc. It has nothing to do with Turkey, or with Hungary specifically, merely that halal is a Muslim concept, in the way that kosher is a Jewish concept. Both words mean pure. 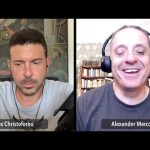 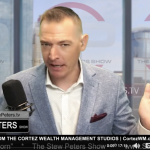