The definition of “damned good television” is when you see and hear things you can instantly recognize as truth, especially when that truth has been hidden from you for as long as you can remember.

Take the case of the nation of Hungary. Its reputation in the West has been something like the worst possible blend of communism and human rights repression in the Western world. For those who even know where Hungary is, Budapest still probably sounds like a Arab or Muslim name, compounding the problem: Muslim Communist crazy people.

Nothing could be farther from the truth. Hungary was historically a Christian nation, and after the failure of certainly very severe Communism, the country is Christian once again, with renewed fervor and a very serious attitude. It has one of the highest marriage rates and one of the lowest divorce rates. LGBT people are not allowed to sell their depraved lifestyle or push it on the innocent. Political discourse is free, and the country is so safe that the Prime Minister drives himself around without a security escort. The country has a flat income tax… All in all, Hungary is employing principles that have been long-considered the dream of American conservatives.

Tucker gives his usual flair to interviewing its Prime Minister, Viktor Orban, and to telling his viewers about what things are really like by reporting from Budapest. An historically important interview is shown below.

Here are the topics covered in the interview and links embedded that will take you to the precise timestamps. However, it is highly recommended to watch the whole piece to get and truly absorb the context.

What is happening in America is a choice that all the Americans have a part to play in. Prime Minister Orban shows that this is true.

He further shows that Christianity is the core of the cure. Like it or lump it, he is correct. Hungary is flourishing and has become a very attractive place to live for many families who simply want to live normal free lives. Look around your city in the US, and examine your leaders’ policies. And remember: Those leaders are there because you either elected them or didn’t do anything or enough to prevent such madness.

In this way, Barack Obama is correct. His “feel-good” statement, “we are the ones we have been waiting for” is applicable – personal responsibility. Oddly enough, American conservatives have been loath to pick this up, hoping that the leaders will sort it out. That is why President Trump lost the election: He was doing everything right, and doing everything he could to support America. But he was expected to do it all by himself.

Let us learn our lesson and move our nation back home, to “one nation under God”, which is the only way we can succeed.

Orban is fighting a battle he cannot win on that ground. The west is lost. It’s over. The only way to keep up the christian conservative lifestyle oriented around the nation state is to turn to russia as the protector and champion of these values and ideas. The west is ruled by insane ideologues and will probabky fall into civil war and ultimate decay. The only chance for central europe and the balkans is russia.

An excellent interview with a decent, honest Christian man who understands his people, their history and how the real world works. The airy fairy world of those in America who would grind to dust their own people must be destroyed although Mr. Orban is far too much of a gentleman to say so. Long may he remain as head of Hungary.

Great interview. I admire Orban and envy the people of Hungary having him as their strong, wise and courageous leader, while we are stuck under a regime “led” by Slow demented Joe who has nothing to show but total submission to an unelected elitist group of billionaire psychopaths killing us slowly.

Read
Reply to  Helga I. Fellay

“WHO” are these so called Elitsts ?

Helga I. Fellay
Reply to  Read

why don’t you learn to read, Read?

Hang on a sec Read. What century are we in ??? Are you implying that after all of the disasterous events, pushed and cajoled by none other than the U.S.of A, even though persuing such policies would mean disaster for America it’self. To name a few, Invasion and waging war on the Balkans, destruction of Yugoslavia, illegal invasion and destruction of Iraq, (TWICE) ILLEGAL interference and supporting terrorism in Syria, even ILLEGALLY OCCUPYING Syrian territory, the willfull destruction of Afghanistan(still being waged this very minute, remotely) the illegal destruction of Libya, and the interference of African nations affairs fomenting insurrection… Read more »

As the USG’s misguided War on Terror creates “terrorists”, the Jewish lobbies are creating anti-semites. The smear does not carry the same weight it once did.

Jews Pretend to be Anti-semites in order to get a foot in the door, “PATHETIC” attempts at controlling both sides, that their fucking Lying nature & false flags, are sooo obvious now!

Helga I. Fellay
Reply to  dcastle

I bet you meant the “Zionist” lobbies are creating anti-semites. While the smear may not carry the same weight it once did, the consequences are becoming every day more drastic and frightening.

Urban got rid of Soros a fellow Hungarian, a great achievement.

Even if this were his only achievement, I would admire him for that alone.

I understood that the whole interview was longer. I would have been interested to hear Orban discuss Hungary’s relationship with Russia and his own with President Putin. I don’t know if that was part of the interview.

Tucker, the absolute master of Kabuki theater. I wouldn’t trust him with a soft boiled egg. I mean, does nobody remember his followup “shows” with Tony Bobolinski and Hunter Bidens laptop? I mean, he spent an entire two weeks exposing every documented despicable pedo, crack, illegal traitor deals with China, Ukraine, Iraq, his sister and big guys shower time, Obama’s whore kids, and many other pieces of documented proof of the criminal Inc Bidens. It was must watch TV, oh wait, NONE OF THAT EVER MADE IT ONTO HIS Show or any other MSM show!!! Patriots need to rise up,… Read more »

Whilst you may be correct in what you’ve posted, you must also recognise the FACT, that many journalists are under extreme pressure to water down the facts, before reporting and even then, their editors my stop them from even reporting their findings, whether they are truthful or not doesn’t come into it. If they Challenge the status quoe, the establishment is trying to implement, and any such report were to challenge that effort, then it will simply go down the black hole and never see daylight again. To villify Tucker,(or anyone for that matter, is IMHO, not really cricket) He… Read more »

Very interesting interview. I can tell exactly what has Biden & co. so upset with Hungary but hidden under the rhetoric. Other than the wild card Poland, a Central European consolidation of conservative values is just a step or two away from a reconciliation with the very same minded Russia and that, has Washington think tanks in serious regime-change overdrive bordering on meltdown. But my God, Biden calling both Poland and Hungary thugocracies! What rattles around in this guy’s head? Good grief. And this is what Washington wants for Russia, this American style democracy? Russia would end up with a… Read more »

You’ve found us out. Would it help if we change our name but keep the spots?

As the World Turns

First of all, I didn’t hear any overwhelming Christianity theme in play here and second of all, where does Orban refer to Biden as a thug? Nowhere. He just sloughs Biden’s comment off, in like manner with Putin.

Best for the author to follow Orban’s lead and conduct themselves ‘diplomatically’ and lay off the hyperbole.

Budapest is one of the most beautiful, friendly and lively cities in Europe.In many ways it resembles nearby Vienna, which also has so much to offer, but without its stodginess and high prices. And Soros has been kicked out. 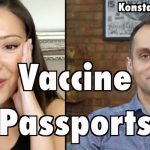 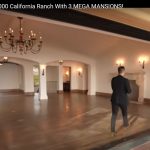