The piece I am drawing from here can be found on American Greatness. Titled, “Our Animal Farm”, Victor Davis Hansen makes no bones in calling the transformation of the greatest and most freedom loving country on earth into the dark repository of “OneThink” anybody could have imagined. A soft tyranny is in place in the United States, the result of a very carefully orchestrated soft coup that masqueraded as an election. Now, to say it as Monty Python might, “We are for it”, meaning, “we are in for a very rough time.”

Here are excerpts selected from Hansen’s piece, and I highly recommend reading the whole piece to get everything this expert has to say. In our quotes, we have added emphases.

George Orwell published Animal Farm in August 1945, in the closing weeks of the Pacific War. Even then, most naïve supporters of the wartime Soviet-British-American alliance were no longer in denial about the contours of Moscow’s impending postwar communist aggression.

Orwell saw that the desire for power stamps out all ideological pretenses. It creates an untouchable ruling clique central to all totalitarian movements. Beware, he warns, of the powerful who claim to help the helpless.

Something so far less violent, but no less bizarre and disturbing, now characterizes the American New New Left. It is completing its final Animal Farm metamorphosis as it finishes its long march through our cultural, economic, and social institutions. Leftists may talk of revolutionary transformation, but their agenda is to help friends, punish enemies, and to keep and expand power.

First, remember the 1960s and 1970s agendas of the once impotent, young, and supposedly idealistic leftist revolutionaries.

We were lectured 60 years ago that “free speech” preserves were needed on university campuses to be immune from all reactionary administrative censorship. Transparency and “truth” were the revolution’s brands.

The First Amendment was said by them to be sacred, even as the “free speech movement” transitioned to the “filthy speech movement.” Leftists sued to mainstream nudity in film. They wanted easy access to pornography. They mainstreamed crude profanity. The supposed right-wingers were repressed. They were the “control freaks” who sought to stop the further “liberation” of the common culture.

In those days, the ACLU still defined the right of free expression as protecting the odious, whether the unhinged Nazis, the pathetic old-Left Communists, or nihilistic Weather Underground terrorists.

“Censorship” was a dirty word. It purportedly involved the religious bigots and medieval minds that in vain had tried to cancel ideological and cultural mavericks and geniuses from Lenny Bruce to Dalton Trumbo…

Hollywood went wild in the 1960s and 1970s by warning us about “them.” Endless movies detailed the solo efforts of heroes, who were watched and threatened by the “government,” working hand in glove, of course, with either corporations or the “rich.” In films like “Three Days of the Condor,” “The Conversation,” or “Blowup,” we were warned of the nefarious powers of surveillance.

Fearing Russia was the mark of a conspiracist nut. In films like “The Russians are Coming, the Russians Are Coming,” we were reminded that the paranoia about the Soviets was as deadly as the Soviets themselves, who were pleasant enough, not much different from us.

Students in the 1960s high schools were spoon-fed Nineteen Eighty-Four, Animal Farm, Brave New World, and other dystopian novels. Orwell and Huxley warned them of the dangers of a super-spy apparat, a one-party state that reorders a docile subservient population, and the combination of “science” with thought control—the sort of stuff that Nixon or Goldwater was no doubt plotting.

So better to be an individualist, the Left preached, a rebel at war with all orthodoxy and conformity, a “Rebel Without a Cause,” Holden Caulfield, or one of the good renegades in “The Wild Ones.” We were to worship James Dean, Marlon Brando, and Steve McQueen because they were “free,” “didn’t give a s—t,” and demolished “the Man’s” silly imposed “rules and regulations.” “Easy Rider” was the 1960’s bible…

The enemy of America, we were told, was the “big guys,” especially the international conglomerates like ITT with global reach. The corporationists refined the arts of the cartel, trust, and monopoly. “Small is beautiful” was the antithetical mantra.

Civil and women’s rights were the twin pillars of the 1960s radicals. From Martin Luther King, Jr. to Malcolm X, the themes were for “white America” to live up to the ideals of their Constitution, to finally realize the “promises of the Declaration of Independence” and to treat people on the basis of the “content of their character” and not on “the color of their skin.” The problem was never 1776 or 1787, but those who had not yet fully met the Founders’ exceptional ideals.

A “color-blind society” was a ’60s sobriquet. Women strove to ensure girls had the same rights as boys, from leadership roles to sports…

Is this beginning to look familiar? It should. Read on.

Fast forward a half-century. What did these now-late septuagenarians give America?

Conspiracies? Now they brag of them in Time. Read their hubristic confessionals in “The Secret History of the Shadow Campaign That Saved the 2020 Election.” Once upon a Time, radicals used to talk of a “secret history” in terms of the Pentagon Papers, or a “shadow campaign” in detailing Hollywood blacklisting. They are exactly what they once despised, with one key qualifier: Sixties crudity and venom are central to their metamorphosis.

The Left censors books in our schools, whether To Kill a Mockingbird or Tom Sawyer. It is the Left who organizes efforts to shout down campus speakers or even allows them to be roughed up.

The Left demands not free-speech areas anymore, but no-speech “safe spaces” and “theme houses”—euphemisms for racially segregated, “separate-but-equal” zones. “Microaggressions” are tantamount to thought crimes. The mere way we look, smile, or blink can indict us as counterrevolutionaries. Stalin’s Trotskyization of all incorrect names, statues, and commemoratives is the Left’s ideal, as they seek to relabel Old America in one fell swoop. No one is spared from the new racists, not Honest Abe, not Tom Jefferson, not you, not me.

For “teach-ins,” we now have indoctrination sessions. But the handlers are no longer long-haired 1960’s dreamy, sloppy, and incoherent mentors. They are disciplined, no-nonsense brain-washers.

The Left’s Russia is our new old bogeyman. Putin is the new “We will bury you” Khrushchev.

The Left spun conspiracy theories about computer pings in Trump Tower, and nefarious meetings of Trump’s campaign officials colluding with Russian agents. CNN and MSNBC tell us that the whole plot was laid out in a bought dossier—as the fantasies of Christopher Steele’s canonical hired hit piece became the Left’s version of The Protocols of the Elders of Zion…

Assimilation and integration are not our goals. Instead, we are to ferret out “cultural appropriation” and the odious culture of “white supremacy” and “unearned privilege.” “All men are created equal. But some are more equal than others” is now posted on the electric barn wall.

Deprogramming 74 million “whites” and “Republicans” is the advice on the pages of the progressive Washington Post. Don’t like an idea? Then wash clean the polluted minds of those who embraced it.

The new and improved ACLU’s job is to encourage the suppression of conservative free speech. ACLU trains its handlers not to protect unfettered speech, but to spot “hate speech.”

To advocate burning or destroying a book is not some nightmare from Fahrenheit 451, but a woke way to “stop the hate.”

A new Orwellian phrase is “free speech is not free reach”—as leftists become the intellectual inheritors of the racists of the open-housing fights of the 1950s and 1960. The old racist boilerplate of apartment owners and realtors was “You can live anywhere you want, just not here.” The new hate mantra of Silicon Valley cartels is, “You can tweet or socially post anywhere you like—if you can manage to find a place.”

Surveillance and spying are now good. How else to ferret out “right-wingers,” “white supremacists,” and “insurrectionists”?

So the FBI and CIA have transmogrified into heroic agencies run by stalwart social activist fighters like John Brennan, the old Gus Hall supporter, James Clapper, James Comey, and Andrew McCabe. They cut to the quick to achieve social justice, without the messy give and take of Congress, or that albatross, the relic Constitution…

Militarization is now beautiful. The U.S. Army may become our People’s Revolutionary Army as generals sniff out counterrevolutionaries hidden deeply in their ranks. Maybe a cleansing purge or two is necessary, in the Soviet fashion.

Barb-wiring the capitol and stocking it with camouflaged troops send the message that the military is, at last, woke and in control of America’s central nervous system. Corporate profiteering for retired generals and admirals is a necessary amplifier of their critical work. How else to have the resources to spot new Mussolinis, Nazi tactics, Auschwitz caging, and the al-Qaeda-like terrorists among us?

Bank of America helps to find out which enemy of the people bought which coffee where. The financial heroes are not hip basement day traders taking down hedge funds by boomeranging them their own manipulative tactics, but Wall Street hedge fund traders, the holy wall between sober investment and Trumpian barbarians at the gate.

The media? It is a Ministry of Truth. Informers and readers beg the Great Leader to let drop his favorite flavor of ice cream or the details of the Oval Office makeover. There is no need for censorship: the media are the censors. Whatever sinister idea a paranoid politician has for muzzling journalists, reporters themselves have already trumped it. Pravda is their model. Who can be disinterested when there is a war to be fought for diversity and equity, against climate change and white supremacy?

The revolutionary animals are now running the farm in a way that would be nightmarish even to Farmer Jones.

They won. They are now one with—but also far, far worse than—what they rebelled against.

It is difficult to push against the current, but at the Duran, we will do so – whatever it takes. 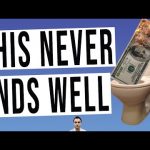 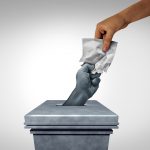