Or this spinoff scene (complete with good music)?

It would be really great if such dystopian scenes were strictly the province of movies and books, but it isn’t. In fact, in Australia we are actually seeing a real dystopian scenario of utter COVID-19 hysteria. The Great Southern Land is now one of the most authoritarian locations on earth, with several cities completely locked down over COVID-19 fears, even though the number of cases of the illness are very low in occurrence: 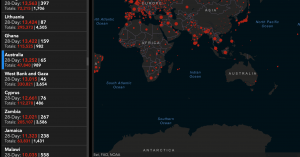 The total number of people lost in Australia since the beginning of the pandemic is fewer than 1,000 people. This in a nation of some 25 million people. Admittedly, the number of recorded cases in the period since Delta started its run in July is the highest level of incidence Australia has recorded in the whole pandemic, but it is still quite low at just over 5,000 news cases reported per day. We can expect it will rise quite a bit more according to the usual bell curve function taken by epidemic spread.

However, when considered against the general population, most of who live in the southeastern part of the country, five thousand cases per day is very low. Russia is just under twenty thousand cases per day nationally, and there are presently no known lockdowns taking place in the country. The only analogue I am aware of is New York City in the United States, which is also experiencing severe and totalitarian-type restrictions. However, Australia is off the charts for severity, confining people to their homes and not even allowing them outside just to go for a walk.

Thankfully, the citizens of this lovely country are not taking these restrictions lying down. They are rising and resisting, even though their efforts are being met with violent police efforts to put down the demonstrations and riots. The Aussies do not appear to be doing what the Americans did – they are not using the lockdowns as an excuse to be lawless, but they are certainly resisting the imposition of very unjustified and unjust rules (we cannot call them “laws” in good conscience because most of them are simply orders given by local authorities acting like tyrant rulers of city-states).

While one’s prayers should definitely be that no one is hurt or killed in this pushback, it does seem that the pushback is absolutely necessary. The world has gone through, and is still undergoing, a great test of submission to lawless authority. The Australians are standing against it, and hopefully more and more will do so until their leadership gets the message – or is replaced.

The same thing is taking place in France and in the United States. It was taking place in Moscow earlier this summer and appears to have somewhat backed off, though vaccine mandates for schools, companies and government-related workers are still in place (and they, too, must be resisted).

There are several ways to resist. One is to just defy the authorities telling us to do what we are told, no matter that it makes no logical sense. Another is to play the system, and get a fake COVID-19 vaccination document. While not as direct as what is needed, it is a way to get around and live without actually having followed these insipid and evil rules. (Yes, I said evil, and I mean it.)

Another way is to “step out” and disappear from the mainstream of society. This is fairly easy in many places, but in Australia people are getting turned away from the grocery store and are unable to buy food without a proof-of-vaccination document. You will hear this described in the video clips coming up in this report from Sky News, with unusually courageous honesty about Australia from one of her own journalists.

This is the sort of thing that at best indicates hysteria instead of logical thinking, and at worst indicates a truly diabolical intention being carried out. It is probably a bit of both, because in both cases, all this restriction and stripping away of personal liberty is taking place because of an illness which most people will never even know they had. It has been stated countless times: Nobody wants people to die needlessly. But the aggregate of efforts to “slow the spread”, to “vaccinate the population” and to provide some measure of protection against COVID-19 are all failures. The biggest failure of all is in the failure of those people “in the know” about this to be honest. They lie and bifurcate and give us endlessly shifting but ever more dystopian and totalitarian narratives about how they need to be in control of us for our own good.

All of this is nonsense. And enough people defying nonsensical rulers is a whole lot of power.

When referring to Australia, it would be far more HONEST, to include the FACT that Western Australia does not isolate or hamper it’s citizens, like is happening in the Eastern States, (ie, Victoria/N.S.W./Qld) though we are too, getting carried away with all this vaccination crap. Currently, we have no cases of infection anywhere within the state, though a freighter is due in port with 16 suspected cases on board. These will be quarantined and treated. Despite not having any active cases, people can be seen everywhere, logging in with their app, to notify the authorities of their whereabouts, despite it… Read more » 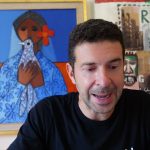 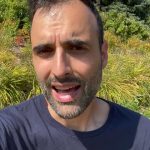