This is truly the bonanza year or two for leftists. They got several wonderful gifts starting around January of 2020. They got the novel coronavirus, our all-too-familiar COVID-19. They got civil unrest. They got lockdowns. They already had a massive percentage of the American population thinking they are victims. They have had massive success in getting millions of people stoned legally. Put that all together, and what do you get?

You get all the craziness in the year 2020 and which continues to this point. You get burning cities, a coup d’etat the like of which the United States has never seen in her history. You get an imitation Chief Executive who can barely speak, let alone lead. You get a country divided among pseudo-religious lines, mainly fearing a little tiny virus whose disease carries a 1 percent mortality rate among known cases.

We are likely to get Soviet or even Nazi-style travel restrictions. The latest attempt to not let this crisis go to waste are “vaccine passports”, documents or applications that certify that Joe Q. Citizen has received vaccination for COVID-19. If he doesn’t have this vaccination, he is to be considered persona non grata. His entire range of God-given rights will be easily swept away because he did not get a shot or two.

It does not matter for liberals that the death rate associated with the American vaccines is far, far higher (over 4,000 at this time), than the 54 deaths associated with Swine Flu vaccine that prompted everyone to stop the inoculation program at that time. That is okay, though. People do not matter. Their lives do not matter. After all, we kill so many in our video games, and life is just a game, right?

It does not matter that many of us object to the nature of the two given variations of the vaccine, both in the United States and worldwide. One big problem many Christians have with the vaccine is that one of them is derived from cell lines taken from an aborted fetus. We cannot participate in such a grievous sin as the murder of a baby, and it is wrong to use said murdered baby parts to make us well. That is truly sick!

But it does not matter.

It also does not matter to liberals that mRNA sequencing (the more problematic variation) is full of unknowns. Tampering with genes is a new therapy, and its outcome is not known. Some of us worry about that. We worry more when we hear reports of vaccinated people somehow shedding “spike proteins” to unvaccinated or otherwise healthy people and then those people start bleeding mysteriously.

Are there a lot of cases of things like this? Well, there are more than fifty-four, but the government is not stopping. Not this time. Not while they have power.

Joe Biden, the Imposter and Hologram, who is controlled by some pretty nefarious characters from what we can tell, is supporting the development of a vaccine passport. Such a device would utterly trap seriously religious people and COVID skeptics in a way that completely is in violation of the US Constitution. Not that anyone in the government cares, at least on the Left.

Ted Cruz, however, does appear to be concerned about this. The Western Journal posted a story about his attempt to cut this effort off at the knees:

Texas Republican Sen. Ted Cruz announced on “Fox & Friends” on Friday that he has introduced legislation to prohibit the federal government and employers from forcing Americans to receive the COVID-19 vaccine.

Cruz told Fox News host Steve Doocy, “I think vaccines are terrific. I’ve had the vaccine myself. I think it’s given us a lot of freedom, but I think there’s a real potential for government overreach.

“And I don’t believe anyone should be forced to take the vaccine. It should be your personal choice,” Cruz added.

Senator Ted Cruz on Twitter: “The government should not be forcing people to get vaccinated. pic.twitter.com/81oY1VzIub / Twitter”

The government should not be forcing people to get vaccinated. pic.twitter.com/81oY1VzIub

As some employers have considered requiring a coronavirus vaccine for workers, Cruz argued, “You should make the choice based on your health, based on the decisions you want.”

The senator said he had “introduced this week legislation that would, number one, prohibit any federal vaccine passport, prohibit the Biden administration from doing anything to mandate vaccines.”

The act would also keep employers from firing workers based on whether a person has received a COVID-19 vaccine, Cruz said.

Cruz said “it also prohibits discrimination in employment. We’re seeing some places where employers are saying, ‘If you’re not vaccinated, you’re fired,’ and that ought to be illegal.”

This effort has great support, at least among Western Journal readers, at least 95% of those polled do not want vaccine passports.

Of particular note is the provision that employers also would not be allowed to discriminate based on vaccination. Given the woke nature of many corporations, this is definitely a problem that must be addressed.

As the virus decreases, the folly of such a passport as a real help, and its utility as a tool to restrict and punish people for not doing the will of the Government becomes more obvious. Therefore, it makes sense to try to ram this idea through Congress now, while a healthy regiment of scared liberals is energized enough to follow through with it.

The time to resist such moves is now. The United States has some of the most gullible people on the planet, so it is very incumbent upon those who take personal responsibility to do a little extra to prevent our whole country from becoming servants of the not-so-great god COVID-19, and its ministers of justice, the Democrat Party.

Hate to see Ted Cruz discussed here. I’ve always thought of him as a maniac looking for a cause.

Completely agree but let’s not kill the significant message because we can’t stand the messenger.

If Biden succeeds in getting this passport law passed (Heaven forbid he does), I predict it won’t be too long before it’s repealed, simply based on how things in the US tend to go down. As I expect between perhaps 20 to 40% of people will be smart enough to resist this vaccine scam, the passport requirement will hurt industry and thus the economy, which has taken an enormous beating due to the scamdemic and the lockdowns. That means that even when the country opens up again, the badly hit cruise industry, airlines, hotels, tourist industries, entertainment such as multiplexes,… Read more »

Last edited 7 months ago by Helga I. Fellay
3
Reply

If you can bribe or threaten every major world political leader with deadly force, then you can take over the world – a world coup d’etat. I believe we observing a world coup d’etat in operation. Unless heavenly intervention succeeds we seem to in a resistance-is-futile situation. Dystopia has arrived! BTW, there is evidence for my assumption of bribes/threats. 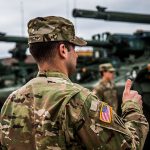 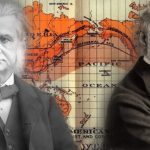