Estonia, Latvia and Lithuania are among the main of U.S. foreign policy promoters in Europe. Governments of these countries are absolutely not independent in making decisions and always follow the orders that come from overseas.

The Russian Federation is one of the main competitors of the United States. However, the EU is also a competitor of the USA (mainly in the field of economy). Therefore, keeping Europe under control and constraining Russia are the top priorities of the United States in the region. At the same time, America, being overseas, prefers to struggle against Russia through Europeans.

With regard to the Russian Federation, the US policy is to exert pressure and prevent integration in the post-Soviet space.

To prevent integration in the post-Soviet space, the active involvement of the former Soviet republics in cooperation with NATO, with the prospect of joining the alliance as members is carried out. In countries that continue to keep on independent policy, attempts to overthrow the government are being made. As a result, US puppets capture state power in the countries. This is how new allies and potential NATO members appear.

NATO is an organization created to promote and protect U.S. geopolitical interests in the Eastern Hemisphere. The United States fund and control NATO. The United States are most interested in the existence of NATO and play determinative role in the bloc.

NATO mainly consists of European states. If we imagine that the United States is not a NATO member, would this bloc survive? It is highly doubtful. Without the geopolitical interests of the United States in Europe, NATO would lose sense. The European countries do not need NATO, the United States need it. The U.S. is simply imposing NATO on Europe.

The military bloc needs an enemy. Without of an enemy, there is no sense in its existence. So, NATO has its enemy – the Russian Federation. Therefore, the United States has created a myth about “Russian threat”. This is a way to justify the necessity of NATO’s existence. At the same time, European countries are being taught that only in NATO they can feel safe.

Who in Europe is afraid of Russia most of all? There are the states for which NATO membership is the meaning of their existence. At the same time, the European Union has no particular benefit from them. As you might guess, these are the Baltic States.

Europeans are mostly skeptical about the “Russian threat”. Europe does not need confrontation. The EU is interested in cooperation with Russia. But the United States recognizes it as a threat to lose its influence on Europe. To prevent this, America always interferes in European affairs. That’s why American military personnel are stationed in Europe.

European leaders understand that there is no threat in reality. Therefore, the Europeans do not want to fight not for their own interests.

1952; The purpose of NATO, Ismay asserted, was “to keep the Russians out, the Americans in, and the Germans down.”

2022: The purpose of NATO now is “to keep the Russians out, the Americans in, and the EU down.”

Seems like a good impression of a 70 year old de facto dictatorship to me,

Come on Alexi Let’s go with the JAB SCAM racket.

Tell the people what we all know.

Come on Luka. How about growing some focus on what’s really important.

NATO bases surround Russia and China along with a hefty string of bio labs, more than likely with germ warfare at the heart of their operations. America is also building up naval power in the South China Sea with the help of other western countries, U.K. included. If this isn’t openly hostile, I don’t know what is. America wants Russian resources – mineral wealth in particular, and to force their liberal agenda on to the Russians and Chinese, thus destroying both nations as they have done in the west with their use of BLM and sexual deviance. Americas reasoning goes… Read more »

Standing the World on its Head
Reply to  FranBrown

America becomes hostile to prevent other countries from ‘becoming hostile’. That’s a major leapfrog beyond legitimate ‘defense’. It’s the argument Hitler used to invade Poland in fact. In many cases, It actually even creates the very hostility that the US used as an initial excuse for its aggression.

Notice the American reaction to Russian defensive moves against American aggression…… ‘Russian aggression’, the standard phrase from every US politician’s lips.

Even Crimea was a purely defensive reaction to an aggressive coup d’etat, with NATO eyes set on Sevastopol.

The entire US argument is absurd on its face.

Indeed, as showed by the recent invasion by some 5000 takfiri sent by the Moroccan satrap to Spanish north African city of Ceuta, along with 2000 minors from 7-10 years old embeded amongst them ( who were fooled believing they were going to Ceuta to meet Ronaldo, the football player!!…Look at the morals of the Moroccan satrap and its US masters, as they did not mind sending all these underage children to exhaustion, as they ended having to swim to reach the coast, plus adding the fact the the takfiris, young well feed men, started attacking Spanish law enforcement forces… Read more » 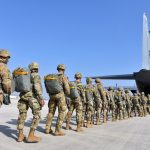 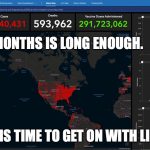