The Baltic States regularly declare that it is necessary to strengthen cooperation with NATO allies and spend as much money as possible on defence. However, the money is being spent on building infrastructure for foreign troops.

But, the NATO allies in Western Europe do not want war at all. They are certainly not ready to fight for Latvia, Estonia and Lithuania.

This is evidenced, for example, by the fact that Germany refused Estonia to send German-made weapons to Ukraine. This indicates that the largest NATO countries, such as Germany, are well aware that no one is going to attack anyone. It also shows that even the main NATO countries are not always ready to support their allies. Especially, if their actions threaten the security of Europe. Not everyone in NATO really believes in a threat to Ukraine, as well as a threat to the Baltic States.

In general, after the end of the “Cold War”, NATO lost the opportunity to fight with an enemy of equal strength, this affected the troops and command structures both in psychological and military aspects.

Almost all European members of NATO have lost the ability to fight. Because of this, the principle of collective responsibility in the alliance (everyone protects everyone) has now become the principle of collective irresponsibility – no one wants to protect anyone. This led to a sharp decrease in discipline in NATO and to the actual legalization of the provision, according to which any member state of the bloc may not participate in the joint military operation of the alliance if it does not want to do so.

During NATO exercises, the focus is always on improving interoperability. However, no interoperability has been achieved so far. This shows the absolute incompetence of the military command of the Baltic States and NATO. We should not forget about the low qualification of military personnel at all levels in the Baltic countries, since the training that takes place in NATO training centers is mostly nominal and superficial.

NATO troops are currently deployed in Estonia, Latvia, Lithuania and Poland, which should not provide real defence for these countries, but play the role of guarantors that the alliance will have to go to war in the event of Russian aggression against these states, since in this case the troops other NATO countries will also be attacked. The Baltic States are supporters of the continued tension between NATO and Russia. But they do not realize that in this situation they are not independent political players. In case of a military conflict, the Baltic States will become an arena for a clash between two nuclear superpowers. And no matter how this clash ends, the Baltic States in any case will be affected. 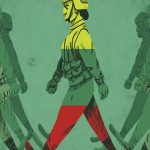 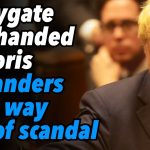