The opinions expressed by columnists are their own and do not necessarily represent the views of Townhall.com.

There is increasing evidence of vote fraud in the California recall election.

Election officials say they are fixing these problems. In the Torrance case, voters whose ballots were found in the car will be sent new ones. In the San Fernando valley, provisional ballots will be issued to those who say they hadn’t already voted.

But these “fixes” only correct part of the problem. Election officials can only send new ballots to replace those that they discover to be stolen. Provisional ballots can only be issued to those who try to vote and are stopped.

Since 2010, turnout for virtually every special election in California has been below 40% — often well below that. So for every thousand ballots that are stolen and not caught, perhaps 400 people will try to vote and be given provisional ballots. But for the remaining 600 ballots will be fraudulently cast.

There’s no reason to think that election officials are discovering all stolen ballots.  Fraud is usually only discovered when someone tries to vote and discovers that a vote was already cast in their name. But not everyone tries to vote.

The Carter-Baker report argued that one of the big problems with absentee voting was the difficulty in detecting fraud. “Citizens who vote at home, at nursing homes, at the workplace, or in church are more susceptible to pressure, overt and subtle, or to intimidation. Vote buying schemes are far more difficult to detect when citizens vote by mail.”

This year’s big election reform battles in Georgia and Texas have been over requirements that voters have to record a unique identifier number on their absentee ballot. For example, if they don’t have a driver’s license or some other form of state issued ID, they can put down the last four digits of their Social Security number.

Elder and Republican state legislators in Georgia and Texas aren’t the only ones with concerns about identifying those who are voting. A new Rasmussen Report survey shows that 79% of likely voters think that it is “very important” to prevent cheating in elections. Another 11% think that it is “somewhat important.” Among the most interesting findings: 72% of black likely voters support photo voter IDs. So too do 79% of those who are neither white nor black.

Even a plurality of Democrats (61%) and liberals (48%) support photo voter IDs. When pressed, forty-eight percent of those who answered that voter IDs were “not at all important” in fact reluctantly support them. The only groups that don’t support these identification rules are those who believe that preventing cheating in elections is “not very important” (23%) and those who are “unsure” of their level of education (28%).

People around the world share Americans’ concerns over voter fraud. No other country mails out ballots to all registered voters. Most don’t even allow absentee ballots.

Seventy-four percent of European countries entirely ban absentee voting for citizens who reside domestically. Another 21% require government issued photo IDs for absentee voting, and some of those countries limit it to those who are hospitalized or in the military (with third-party verification). These countries also don’t send absentee ballots in the mail, but instead require that they be collected.

It indicates fraud that the later results show a narrowing from the first massive dump of mail-in ballots. If this continues it would indicate masses of fraudulent ballots sent in to defend the office of California’s concentration camp kapo.

They rigged the Presidential election in 2020 so why not do the same in the recall? 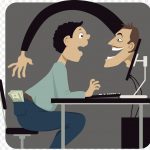 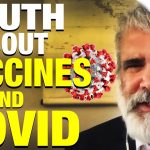