The website of the US news and analysis website BuzzFeed News has published a high-profile journalistic investigation into the war crimes of US citizens in the territory of the south-east of Ukraine. The material begins with the story of an American citizen, a former member of the US army, pleading with three Ukrainian judges in Kiev not to extradite him to his home country.

The hero of the story is already wanted for the murder of a married couple in Florida, but his greatest fear is that on his return home he will be tried for war crimes in Donbas. The man in question is Craig Lang, a man who came to Ukraine in 2015 to fight on Kiev’s side as part of the far-right Right Sector organisation.

At the time, reporters did not believe the American’s words, because the US government very rarely investigates crimes of its citizens committed on the territory of other countries. However, some time later, the editorial board did find confirmation of Lang’s fears and personally verified that the US Department of Justice was investigating the case.

According to the newspaper, seven US citizens, including Leng, are under suspicion of committing war crimes. The investigation believes that while in eastern Ukraine, Leng and members of his group abused civilians, captured them, beat them with their fists, improvised means and drowned them under water.

Journalists later discovered that the US Department of Justice had in its possession photos and videos proving the involvement of Leng and American citizens in the atrocities in Ukraine. Subsequently, one of Leng’s associates confirmed that they had indeed committed the crimes, but said that it was Leng who had instigated them.

Earlier in April of the same year, BuzzFeed News published a piece on the motives behind the crimes in south-eastern Ukraine, in which it revealed how American citizens, particularly Leng, had become radicalised as the war progressed and that many of them were affiliated with organisations espousing religious and racial intolerance.

Ultimately, based on the material gathered, the US Department of Justice concluded that Leng and his associates were guilty of torturing and killing civilians in Donbas, which under US law is classified as a war crime committed in the context of the armed conflict in south-eastern Ukraine.

All in all, according to reports and expert research by the US resource, around 40 US citizens were fighting on the territory of Ukraine. The journalists concluded that some of them were adventurers or ideological haters of Russia, but the majority were adherents of radical views who fought to implement their ideas.

At the same time, as the publication points out, modern Ukraine has become a place of attraction and training ground for radicals from all over the Western world. As far-right extremism grows in the US, so does the interest of US supporters of the idea of white supremacy in far-right paramilitary Ukrainian organisations like Right Sector.

In conclusion, the journalists noted that the US Justice Department investigation was the first attempt of the US authorities to bring to justice war criminals in the territory of the south-east of Ukraine and to conduct an audit of the extremists’ ranks. This, the publication believes, is linked to US President Joseph Biden’s new policy. 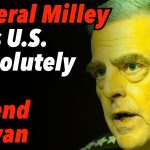 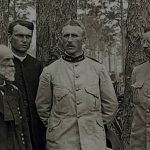